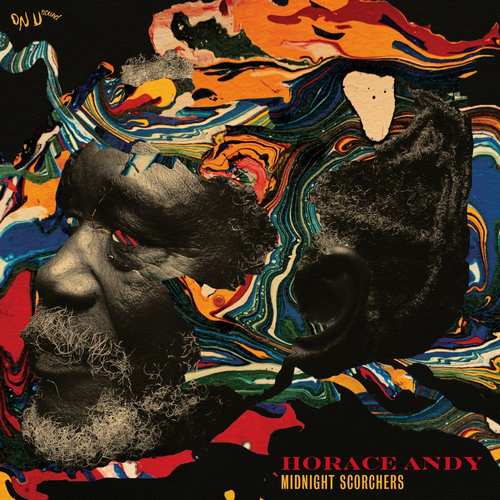 Ahhhh, I remember fondly, childhood years gone past when a young Yankee Nupe would run to the supermarket around the corner for my Grandmother, essentially a ‘no cost’ errand boy for whatever it was she needed at the moment. Always she would let me keep the change (and I do mean CHANGE, no bills!) to buy whatever I could, often times a decent haul of candy or snacks. Sometimes I would get a gumball from the machines in the front of the store and OCCASIONALLY kids would be treated to the machine releasing TWO gumballs instead of one, thus validating the moment as the greatest single occasion in mankind! Obviously, we had pretty low standards back then, but you get my gist that whenever you get two items unexpectedly, it’s always better than one. Iconic crooner and one of my favorite voices in Reggae music, Horace Andy has pulled off the musical equivalent of the two for one. His new release Midnight Scorchers comes fresh off the heels of his recent banger released back in April, Midnight Rocker, and is meant to serve as a follow-up/companion to what was quietly one of the better releases of 2022.

Midnight Scorchers is a fantastic continuation and is exceptionally good in that it serves as a showcase of Andy’s still unique voice without requiring too much of him. We all know that with age comes some vocal attrition. After all, the ‘Skylarking’ superstar has been at it for well over 50, (yes 50!) years. But with a name and sound that still rings bells internationally, Midnight Scorchers, which features Daddy Freddy,  is proof that aligning yourself with the right producers and musicians goes a long way in career longevity. Opening with the uptempo and very modernistic Come After Midnight, Andy sprinkles the track with romantic one-liners and is an eyebrow-raiser in that it’s not deep seeded in the roots style we’ve come to associate him with, putting the cello, and violin at the musical forefront. Dirty Money Business feat. Daddy Freddy does the same with a Spanish-style horn section that also hits the mark. However, it’s the down-home reggae business chunes that make the listener marvel at the continued dopeness that Andy has exhibited since picking up the mic at age 16. Away With The Gun And Knife is a steady mid-tempo cut showing Andy at his best over a classic heavy bass track. Feverish, a worthy tribute to the singer’s own 1973 Studio One chune Fever, comes off lovely as does the banger More Bassy which ironically tips the cap to Barrington Levy’s Teach The Youth which was also borrowed by George Palmer and referenced in my last review for his album. I don’t need to tell you who made better use of it. Especially since Palmer’s whole vibe borrows HEAVILY (understatement perhaps?) from Andy’s.

Essentially, this album is a MUST for his multitude of fans. A nice chill listen, good for almost any occasion, Midnight Scorchers is much like Midnight Rockers in that he is not asked to do too much on this album. Short and sweet, Andy is allowed to drift in and out of the tracks at his leisure, providing a nice treat when that voice appears. He lets the dub-heavy production do its job, on occasion, ceding completely to the track and letting the music soothe your soul. (Sleepy’s Night Cap and Hell And Back are almost all instrumental) No matter the construction of Andy’s latest, he’s proudly displaying a veteran presence and making 2022 his. I think even my Grandmother would agree that this is as GOOD a two-for-one as the old Penn Fruit gumball machine! Miss you Gram!!!

Conclusion Essentially, this album is a MUST for Horace Andy's multitude of fans.