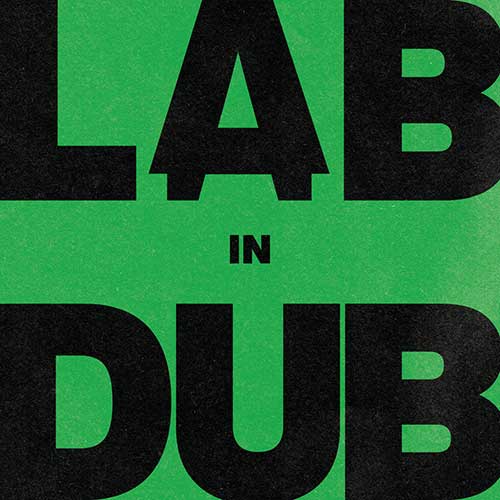 New Zealand-based L.A.B is known for its polished sound, which consists of an infectious, high-quality fusion of reggae, funk, blues, and soul. In a number of songs the style of the soul/funk/dance music from the eighties of the last century resounds. The pitfall of this mix is that reggae fans find too little of their music on the albums. The foregoing does not alter the fact that L.A.B delivers 100% quality music that is suitable for a wide audience, as witnessed by their enormous popularity and the sky-high sales of their albums. They have released an album every year for the past five years. Read the review of L.A.B IV. Their sixth album is a remix/dub album, collaborating with Paolo Baldini Dubfiles.

For over 20 years, Paolo Baldini has been an esteemed and defining figure in the thriving Italian reggae dub scene. He was a founding member of B.R. Stylers and The Dub Sync and was a member (bass) of the band Africa Unite. During his career, he has collaborated countless times with various artists. The last few years have been very fruitful, check his collabs with Dubblestandart from Austria, the English label Pressure Sounds (Barry Brown/Yabby You), and very recently with the Italian band Senghe, where he was very closely involved in the creation of the album Almamegretta.

For the album L.A.B In Dub Paolo has set the bar very high, as we are used to from him. Every dub is created live in the studio, with no overdubs or edits. Inspired by the analog techniques of the ‘Godfathers’ of dub, King Tubby and Scientist, he set to work energetically. Tracks are taken from every L.A.B album for remixing. Fortunately, Paolo has incorporated sufficient vocal bits and pieces in his remixes, which adds something extra to the tracks, and also ensures recognition of the original songs. As Paolo himself says: “The main ingredient for a good dub album, before a dub master, is proper songwriting.” And that’s just a given fact at L.A.B. Real reggae fans can get along very well with this album, Paolo knows how to edit the tracks artfully, without falling into artificial mannerisms. The sound is crisp and clear, exploring dark depths and tenuous highs, embellished with echo and reverb where needed. Nice job!