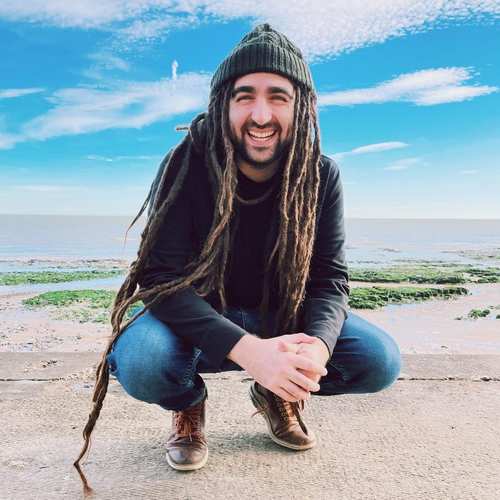 Born and raised in Sardinia, in the heart of the Mediterranean Sea, Alessandro Fusco aka ShakaRoot has been passionate about music since his early years. In 2008, he released the well-received vinyl single Freedom and We Need A Solution for Big Island Records and Macrobeats respectively. The next year, ShakaRoot released the EP Prisoner In Babylon, which was entirely dedicated to the plight of child soldiers. After releasing a series of singles and relocating to Brighton in the UK, ShakaRoot found new inspiration to produce ShakaRoot Meets Tsadqan for Soulove Records. This Nyabinghi-style EP was inspired by Rastafari Livity and his own experience of growing up in Rastafari in the south of Sardinia.

The past two years were prolific ones for ShakaRoot with the release of the singles Jah Musician feat. Paolo Baldini Dubfiles, Yard, and Breathe for Rising Rockers Records, which anticipate the now-released EP The Extended Mixes and his forthcoming full-length album Jah Musician, due out in 2023.

ShakaRoot’s The Extended Mixes is a personal homage to the tradition of extended mixes on 12″ vinyl. This particular form of musical expression consists of diving inside the tracks, revolutionizing their structure, enhancing the presence of each instrument, and giving them a new look, making each version unique. To sublimate the concept he chose for his new EP, ShakaRoot collaborated with some of the best masters of dub mix techniques in Italy and Europe, namely Paolo Baldini DubFiles, Buriman (Moa Anbessa), and King Kietu. The final results that reach the reggae fan through this EP prove that he made the right choice as listeners are treated to strong efforts from beginning to end. While ShakaRoots’ powerful vocal delivery sounds fully at ease and shines throughout, the mixing engineers in charge have given their very best to let the reggae backdrops come to full expression. The downright stellar opener, Jah Musician, fires on all cylinders and is one of the tracks that gets the repeat treatment. Next comes the head-nodding tune Yard, which leaves a good impression and is lovely to hear. More or less the same goes for Breathe, a gorgeous track that is definitely nice to listen to. Special guests on the awesome Revolution are UK toaster Brother Culture, Italian producer Filomuzik, and Petah Sunday (Ital Soup Records). This is a solid tune that also brings in quite a bit of sonic appeal. WontGwanWork is an excellent way for The Extended Mixes to come to its end.

With the music presented on this EP, ShakaRoots has managed to impress in such a way that one is already looking forward to the 2023 release of the Jah Musician album.