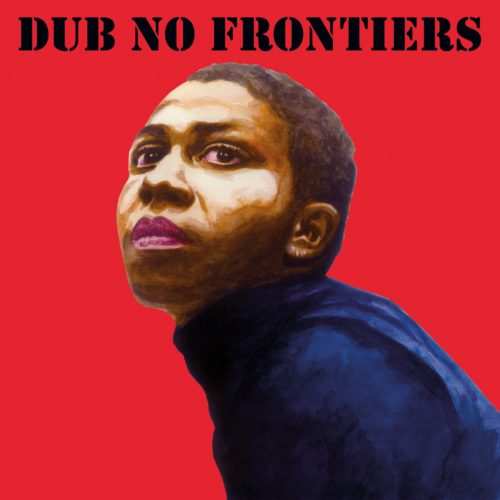 Although it hasn’t come to an end yet, the year 2022 has been a fruitful one for Adrian Sherwood, the UK producer whose name is instantly associated with labels like Hit & Run, Green Tea Records, Soundboy Records, and ON-U Sound Records. Horace Andy’s critically acclaimed album Midnight Rocker proved a very successful release. It made him come up with a companion album titled Midnight Scorchers, Adrian Sherwood’s ‘sound system’ take on the original sessions. A few weeks after the release of Midnight Scorchers there’s another Sherwood produced project out on the streets. This time it’s a compilation set that features ten tracks of female vocalists who perform a song of their choice in non-English.

The nucleus of the new versions of existing riddims originate from a session in London with such reggae luminaries as keyboardist Franklin “Bubblers” Waugh, who played with Sly & Robbie; the late bassist George Oban and the late drummer Style Scott, together with Sherwood’s trusty riddim section, plus guitarist Vince Black and the Ital Horns. They were remade, completely rebuilt, and then upgraded, and after the riddims then were made better and better and better, singers from all over the world were invited to sing over them.

The first track, Yehaiyahan’s Love Hurts comes from the Guizhou-born, Shanghai-based producer vocalist and DJ, who also records as Chacha, Faded Ghost, and is one half of AM444. Influenced by the Bristol scene, Yehaiyahan sings in Mandarin Chinese on this track. Next comes Japanese singer Likkle Mai, who started out in 1994 as the lead singer in rocksteady group The Dreamlets. The following year she helmed dub band Dry and Heavy before debuting as a soloist with 2006’s Roots Candy. Here she delivers the appealing Haste Makes Waste over a very familiar sounding riddim. Rita Morar was introduced to Adrian Sherwood by Asian Dub Foundation’s John Pandit G. With the solid Meri Awaaz Suno (Hear My Voice) she conveys both her vulnerability and her strength, while also expressing that through music we are uplifted and become empowered. This fragile piece is sung in Hindi over the Sacred Ground riddim.

Temi Oyedele, a singer, songwriter, and guitarist from Lagos who collaborates with Afrologic and is also a member of DuduWorx, previously worked with Sherwood on his and Tectonic head honcho Pinch’s first album Late Night Endless. Here she brings the listener an infectious song in Yorubic called I Dupe (Thanks Giving). Next comes Neyssatou’s take on Bob Marley’s War sung in Arabic. Neyssatou emanates from the alternative music scene in Tunisia. With her distinctive vocal style and committed lyrics, her success has exceeded the boundaries of her country of origin. Maria Wenda, who isn’t a professional singer, delivers the protest song Okama Werek Halok, which highlights the struggle of her motherland. Maria is the wife of Benny Wenda, the president in exile of West Papua. It’s not one of the best tracks of this album but in the words of Adrian Sherwood “it was important to document her and her husband and their country’s story.”

The next track, Kerieva McCormick’s Chavale – sung in Romani – is a gorgeous hypnotic piece from this multi-instrumentalist, writer/arranger, and singer who actually spearheaded the project with Sherwood. Kerieva McCormick has been a studio artist with On-U Sound for over a decade and can be heard on numerous On-U Sound releases on violin, double bass, cello, harmonium, and vocals. Also, Krysztalowy Aniol (Crystal Angel) from Polish singer JaGodDa is worth hearing more than once and so is Saba Tewelde’s paean to her homeland Eritrea, the soulful Semarulay Daqey. The album then comes to an end with the mesmerizing Little Cosmonaut by Nadya Ostroff DR.NO. Known from her days playing guitar with The Slits, this singer/musician of Russian descent delivers a song about the first astronaut dog to be put into space.

Dub No Frontiers (dedicated to the memory of both Ariane ‘Ari Up’ Forster and Lincoln Valentine ‘Style’ Scott) is an interesting and unique album that largely features inspired-sounding tracks that are more than pleasurable to listen to.

Temi Oyedele – I Dupe (Thanks Giving)

Conclusion A interesting and unique album that features inspired-sounding tracks which are more than pleasurable to listen to.