Zion I Kings – Yad On Riddim 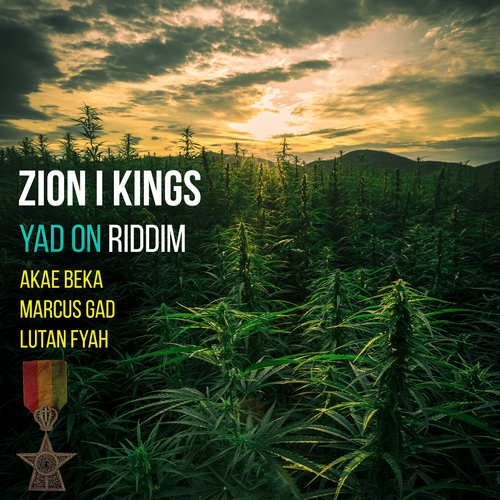 Zion I Kings have produced a 4-track EP with three fine reggae vocalists that grace the Yad On Riddim plus a dub version created by Lustre Kings’ Andrew “Moon” Bain. The riddim is not completly new, but a throwback track from the vaults from the very first Zion I Kings session in St. Croix, USVI.

The Yad On Riddim with its signature Virgin Islands feel hits the litener’s eardrums in the most pleasant way. It boasts a laid back lean on the drums, performed by VI native drummer T-Rock accompanied by a deep, minimal bassline, and a sweet major, minor chord progression that pulls out feelings of nostalgia and renewed energy, all at once.

During the aforementioned Zion I Kings session, which actually was just about tracking riddims, Vaughn Benjamin (of Midnite and Akae Beka fame) visited the studio. It then happened that Vaughn did a great song on the earlier that day tracked Yad On Riddim, based on his experience that very day – in one take, at one time. The riddim laid dormant for a while until it was revisited for young New Caledonian singer Marcus Gad. Once it was unearthed and revitalized for Marcus Gad, Zion I Kings key member Drew Keys took hold of it and put down the scintillating trombone parts, icing the deep roots cake.

Akae Beka’s Yad is a powerful tune across an absolutely sublime riddim with the sorely missed vocalist sharing his very essence with the earnest message to be thankful for the moment, today, right now. And also Marcus Gad makes a very good impression with the superb Recall The Fullness, which fully matches the standard set by Vaughn Benjamin. It was only a matter of time before the track found it’s way to ZIK’s brother in arms Lutan Fyah. The Jamaican singer keeps it real with his rootsy meditation on the power of silence in Talk Talk Talk.

This riddim EP has a timeless feel and fans of Midnite, Akae Beka, Marcus Gad, and Lutan Fyah as well as reggae fans in general will be soulfully satiated with this latest offering from Zion I Kings.