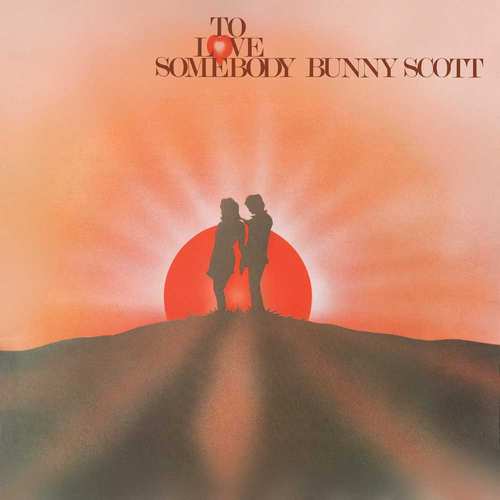 This came out originally on the short-lived Klik label in 1975 and was produced by Lee ‘Scratch’ Perry. Bunny Scott, real name William-Alexander Anthony Clarke, became one of Jamaica’s finest vocal talents in the ’70s. Scott lived in Jamaica and New York and after returning to Jamaica he assumed the role of lead singer in Third World. Over the years it became apparent that his voice was best suited to soulful-romantic songs, this led to Lee Perry producing an album for Bunny comprising a series of songs that made up his debut album which we hear on this disc. Cherry Red Records have released the long-awaited album on CD which is mastered from the original tapes. Also on this disc are the remainder of his works for Lee Perry, look at a number of these.

1: WHAT’S THE USE. This is soulful Reggae at its best and shows off the vocal talents of Bunny Scott to their best. Scott is helped out by a female chorus from time-to-time throughout. Good track to start this disc and the original vinyl album recording. 2: I AM I SAID. This cover of the Neil Diamond hit has a fast tempo and lends itself well to the smooth Reggae genre. 3: KINKY FLY. This has a spoken intro from Bunny and a female outfit and can only vaguely be seen as a Reggae track. A laid-back rhythm track more in keeping with Soul music from the ’70s. The Upsetters are on the backing track along with the other original album tracks. 4: TO LOVE SOMEBODY. Another cover version, this time from the Bee Gees. Lilting rhythm track and again a female chorus helping- out. 5: USE ME. This track, as with the previous one has a lilting rhythm track on which we hear percussion from time-to-time. A soulful vocal from Bunny plays its part in giving the listener a top-rated track. 6: BIG MAY. Bunny is heard vocalising over the well-known ‘Return Of Django’ from The Upsetters. A novel way to put this recording together and deserves top marks for originality. Original 7″ release on Black Swan. 7: LET LOVE TOUCH US NOW. This smooth slice of Reggae comes with the aforementioned female chorus and Bunny’s vocal is on the soulful side. 8: SWEET LOVING LOVE. This is a mid-tempo sound with a cool rhythm track. Another chorus helps out over the rhythm track and we end up with another top-rated track. 9: SWEET CAROLINE. Another cover version of a Neil Diamond original with a laid-back rhythm track. So many songs lend themselves to the Reggae genre, this is no exception. this is another track performed in a professional manner. Some fine brass work on the rhythm track. 10: SECOND AVENUE. Written by Bunny and Lee Perry it comes with a more up-tempo rhythm track. Very soulful tones from Bunny and the final track from the original vinyl album.

11: BE THANKFUL (FOR WHAT YOU’VE GOT). This has a long instrumental intro before Bunny gives a full-on soulful vocal. This comes as a cover of the William De Vaughan release from the ’70s. This has to be one of the top tracks on this disc. 13: MOVE OVER OUT OF MY WAY. This is a more rootsy track and the rhythm track is straight. Bunny does a fine job on the vocal which is clear and precise. 15: FREEDOM FIGHTER. Written by Lee Perry, this is another track performed in a professional manner. Some fine brass work on the rhythm track. 18: CALLY BUTT. This is the final track on this disc.

In summing up, the collection has been given the deluxe treatment it deserves and has been mastered from the original tapes Bunny Scott died in 2014 and this release is a fitting way to remember one of Jamaica’s finest vocalists. At £11 49p it may well be worth adding to any music collection, Jamaican or otherwise.

Conclusion This release is a fitting way to remember one of Jamaica's finest vocalists.