Kosmo Sound – Fruit Of The Void 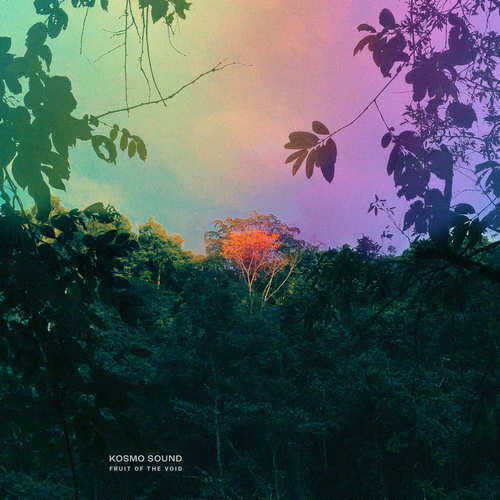 After having released several singles which provided glimpses of a brand new collection of instrumentals, the Belgian dub-jazz sextet Kosmo Sound have finally unleashed their sophomore album titled Fruit Of Void. Just like the band’s November 2020 issued debut album, this new record features nine well-constructed instrumentals and makes a perfect companion for the first fruit of their labour, Antenna. On the latter, Kosmo Sound fully demonstrated how to create extremely imaginative soundscapes and this selection is no exception. They, of course, continue what they were doing but compared to the previous album they’ve also been exploring new grounds. The blend of dub and jazz remains the foundation throughout but here listeners are also treated to tracks that are mixed with electronic music and Afrobeat.

Things get going with Amethist, which after Ambroos De Schepper’s about 25 seconds solo sax play takes off in full force before it let’s your ears and senses calm down when the music beautifully slows down to erupt once again at the end of the track. It’s followed by the highly fascinating and superbly built-up Chloris Hell Prevention, which is a joy to listen to more than once. Sealing up the gorgeous opening part of the album is the intoxicating, previously released (digi)dub single Ototoxic – meaning toxic to the ear. It then continues with the largely interesting Carolina Reaper and Ferocious, the third single that preceded the album release. The title of this compelling instrumental piece refers to those people in the world who use their power only to enrich themselves and their entourage. Banoffee Pie comes from the influence of toeareg grooves and the power of pentatonic melodies. This over 6 minutes lasting track tries to capture the idea of something tribal, something ‘earthy’ while blending the cosmic sounds of the band itself. It’s a track that simply has to grow on you before you’ll appreciate it to the fullest. Electric Spider is a moody instrumental that has you dreaming away until you’re waken up by Cyriel Vandenabeele’s shrill guitar play. Next comes the captivating Channel Raceway with some beautiful sounds on top of the well-driven riddim. The final track, the hypnotic Blue Mountain, is a meditative effort of sheer beauty.

An exciting album that will surely delight open-minded dub enthusiasts.