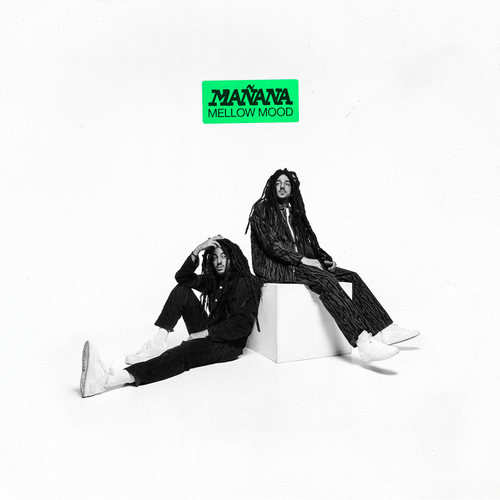 Since they started their musical journey in 2005, Italian reggae band Mellow Mood, led by twins Jacopo and Lorenzo Garzia, has slowly but steadily established its name in the European reggae circuit with five album releases and numerous live performances in clubs and at festivals.

In 2018, they released their well-received fifth album Large which is now followed by the Paolo Baldini Dubfiles produced brand new – Spanish and not Italian – titled album Mañana (meaning ‘Tomorrow’). Written and recorded between 2020 and the beginning of 2022, multiple singles preceded the release of the 12-track album, which features no less than six collaborations with international artists Kabaka Pyramid and Konshens from Jamaica, reggae band Iya Terra from the US, Sr. Wilson and Emeterians from Spain, Million Stylez from Sweden, plus the voices of Anthony B and Alborosie used for the remix of I And I Chant. And thus this album could be seen as a ‘Mellow Mood & Friends’ project.

Recorded, mixed, and produced by Paolo Baldini Dubfiles, the album opens in fine style with the captivating rub-a-dub piece Dub Jah Bless, which actually represents the sonic intention of this album – solid basslines, well-chosen arrangements, and a powerful sound. Next comes the collab with Konshens called My Bed with the twins partly singing in Spanish. This is a very danceable tune that is underpinned by a nice Afrobeat riddim. Back to the sound of roots reggae music with the huge message tune Mr. Global, a harsh effort done in combination with Kabaka Pyramid. It’s followed by the compelling I And I Chant in which the Spanish trio Emeterians perfectly complements Mellow Mood’s vocals. Even though My Bed isn’t a personal favourite, the first four tracks are a satisfying and very pleasant start of Mellow Mood’s sixth album.

Anyone tired of metropolitan life and wants to get away from it should give the solid Paris Rock, the collab with Million Stylez, a listen. Next comes the powerful Starting Mañana, which inspired the title of the album. Here Sr. Wilson joins forces with Mellow Mood, singing his lyrics in Spanish. After being treated to five collab tunes, Mellow Mood has to do it on its own in the next four songs. Especially Laser Sight and Sweet Like Honey, a song of hope and positivity, underscore that Mellow Mood doesn’t need to depend on guest appearances to deliver good songs. Promise, which is something of a musical exception from the rest of the album, moves into more electronic territories. It creates a gospel atmosphere, as Mellow Mood work with a real choir for the first time. After the hasty sounding Blessings On Me, it’s time for the more relaxing mood of Make It Better, done with reggae band Iya Terra. Before the bonus track – the remixed version of I And I Chant – rounds off, there’s time to fulljoy the awesome In My Town.

This is a worthy successor of the Large album and proof that Italy is fertile ground for good reggae productions.

Conclusion This is a worthy successor of the "Large" album.