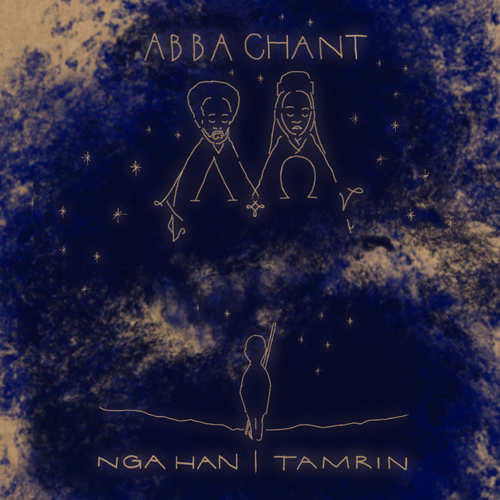 Without a doubt, fans of the great Vaughn Benjamin, who was the voice of Midnite and Akae Beka, will admit that Nga Han’s lyrical approach and his delivery are very reminiscent of the late singer, poet, and thinker from the US Virgin Islands.

Nga Han doesn’t limit himself when it comes to collaborating with a variety of different producers. In 2022 alone he has worked with Yaksha Sound from Bristol UK, Denmark’s Almost HiFi Studio, Netherlands-based Roots Unity, and UK’s Majestic Vision Soundsystem, UK-based producer & musician David Arrowsmith aka I David. And now, there’s the release of Abba Chant, featuring four vocal cuts and their dubs, for which Nga Han teamed up with German producer Tamrin, who’s the founder of The Merchant Records and Studio, MC from Collynization Soundsystem.

Those who have been following the spiritual roots revivalist who hails from Green Hill, St Ann, Jamaica, since his 2018 debut LP with Max Rivera on Roots Natty Records know what to expect from this roots reggae singer/songwriter/multi-instrumentalist. And this Abba Chant album certainly won’t let them down. The gorgeous opener and title track Abba Chant is deep and an excellent start. Listening to it over and over again does nothing but reveal more and more nuances to the big vibes it creates. Also its awesome dubbed-up version is a gift and great to hear. The second vocal cut, Trumpets, brings a bit of sonic appeal and is a real joy to listen to and so is the dub, Cool Breeze. The other side of the vinyl platter takes you Deep Within. This one (and in fact every other song featured here) is just a challenge and thus you well have to prepare your mind to listen to this tune properly. The dub that follows is a mind-blowing one! Jah Love Is A Blessing, the fourth vocal track, has a more laid-back backing and is another one that does have value which emerges more and more as you hear it.