Pressure Busspipe – The Time Is Now 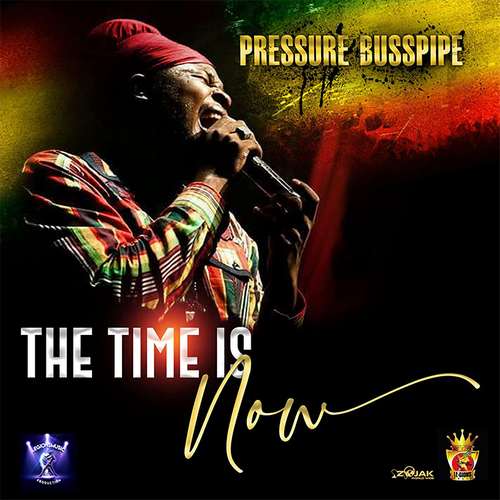 01. Let’s Love
02. Gal Wine
03. The Time Is Now
04. Touch You
05. Bad Mind
06. She’s So Right
07. Fountain feat. Classical Eska
08. Gangster Life
Okay so, I think I’m going to try something a little different with this one and lay my cards on the table immediately: If you’ve spent any substantial time around these parts then you know full well in just how high esteem I hold the talents of the great Pressure Busspipe and look forward to absolutely anything that he does and, generally speaking, my anticipations are rewarded and today is no exception. With that being said, however, I’m going to tell you from the very beginning that his latest set, a solid EP from Legions Music Production (digitally via our old friends at Zojak Worldwide), The Time Is Now. is just that – it’s solid.

It isn’t his greatest piece of work (it isn’t anywhere near it) and I knew that fairly quickly into it… and that’s okay. Just last year, the St. Thomas born fire breather dropped his latest burner in the form of the aptly titled Heights Of Greatness, if you are looking for him bubbling at or around his best, but until that next classic dosage – today we take a quick look at a project which, again, although isn’t his best, still finds Pressure showing glimpses of a talent which sees him as one of the most gifted stars of the modern era of Reggae music.

1. Let’s Love
The opener is, rather easily one of the strongest pieces on the entire EP and if you’re someone who has to come to really appreciate the care and detail that Pressure Busspipe so often displays on his love his love songs, in the syrupy ‘Let’s Love’ you’re likely to find another winner.

You’re so intellectual
And my love is perpetual
When I say I need you, it’s like the car that needs the petrol
I’ma man of my word and you know-
I’ll never stop giving you my heart and soul
WITH YOU I WANNA GRAY AND OLD
With Jah love at the control

{Note: The actual title of the EP is The Time Is Now, while the song is just Time Is Now}

Conclusion Pressure really doesn't put a foot wrong and in the process provides yet another damn solid display of his thunderous talents.