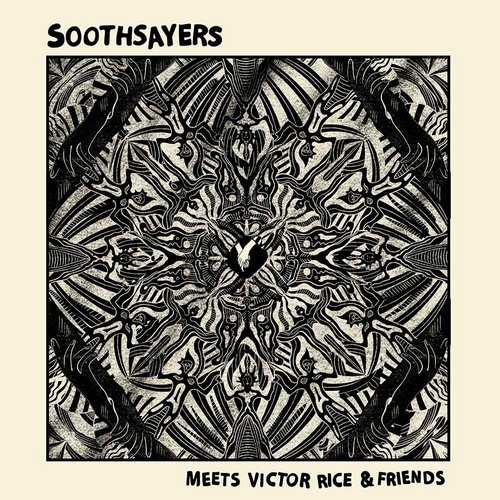 The seed for this project was planted during earlier sessions in São Paulo, Brazil, for Soothsayers’ acclaimed ninth album We Are Many, which was released in 2021. The works were continued during dark days and uncertain times, thus strengthening the already powerful musical connection between Soothsayers and some of Brazil’s top musicians. The final result is a brand new album packed with uplifting and defiant instrumentals that are simply a feast for the ears. And besides that, it’s the perfect soundtrack for people who want to dance at a party on a sultry evening.

Soothsayers’ Meets Victor Rice & Friends features previously released singles Last Days, Flying East, and Glass Fish along with not before heard instrumental pieces. The beautiful-sounding, infectious Effra Nights instantly sets the tone for what turns out to be a thoroughly enjoyable album. Next comes Glass Fish an instrumental that benefits from Brazilian guitarist João Erbertta’s woozy slide guitar, which perfectly melts into Idris Rahman and Robin Hopcraft’s sax and trombone. With Flying East, the listener is treated to a ska-fueled instrumental which will surely keep the dancefloor bubbling. It’s followed by the gorgeous Dark Times. This one is a heavy instrumental steppers riddim that fires on all cylinders with its appealing trombone melodies and superb lead guitar lines from João Erbertta. There are more gems to be found on this album. These include Black Sand, Standing Back, and the up-tempo album closer Mr. Chemis.

This instrumental set is accompanied by a dub counterpart, Meets Victor Rice In Dub, which collects 11 of Victor Rice’s flipside mixes. One that provides pleasurable listening moments for dub heads.