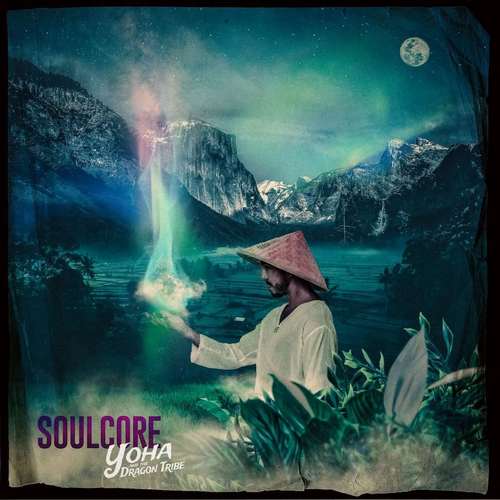 01. Just To Spread The Roots
02. Nature Woman
03. Give Me The Love
04. Skyler
05. Baby Now
06. Soulcore
07. The Wind Of Change
08. Without Konowing Where I Go
09. 25 Years Old feat. Kubix
10. I Bet You Know
11. The Roots Of Mine
12. The Mistery Of Jah
Yoha And The Dragon Tribe is a ten-piece formation from France. The nucleus of the band is brother and sister Sofiana “Yoha” Bichet, responsible for vocals, guitar, flute and percussion, and Anissa Bichet who excels on vocals, piano, melodica and flute. Musically they feel strongly influenced by soul, blues, classical music and Indian music, not to mention reggae. When the first album is released in 2017, it is clear that we are dealing with a talented musician, composer, and author. After the Mad World EP in 2018, the album Yoha Meets Official Staff – Resilience follows the next year. Now Yoha And The Dragon Tribe is back in the spotlight with Soulcore, the new album containing 12 titles. As expected, we find a rich palette of styles here, with reggae acting as a common thread. Most of the songs are provided with arrangements with a multitude of layers, which sometimes come across as very overwhelming. All this underlines the musical creativity, passion and drive of this collective.

The opening track Just To Spread The Roots is characterized by solid guitar work and impressive brass chords, and lyrically indicates what Yoha stands for; Roots! The explosive opening is followed by Natural Woman in which the tempo is significantly slower and a strong traditional one drop vibe takes over, a beautiful lovers tune. Give Me The Love stands out because of the harmonica playing, which gives the song a certain bluesy feel. Here again a nice skanky one drop vibe! Skyler on the other hand is of a different order, it is more of a solid rock song, not really our cup of tea. On to Baby Now, a completely different song, with a nice piano tune, and refined tempo changes, quite special! Then follows Soulcore, the title song. Compliments for this one, it is a beautifully constructed and stylized whole, somewhat subdued, with an adapted reggae beat and very profound philosophical text about life and its meaning.

Yoha does the song 25 Years Old together with Grammy Award winning guitarist Kubix, a man with an incredible amount of experience. This song, it could be autobiographically, is actually a showcase for Kubix’s guitar virtuosity, but his guitar riffs just didn’t appeal to us. Our top favorite on this album is The Roots Of Time. We think it is an advantage that this tune is not arranged so excessively, Yoha’s voice then gets more impact and depth. Lyrically also above average with phrases like: “If you can look up to the sky, and find a way to reach what stars try to tell us, maybe you and me we’re gonna have a ride through eternity.” The Mistery Of Jah is a wonderfully atmospheric, and also mysterious song that forms a worthy and appropriate conclusion to the album.

The Roots Of Time