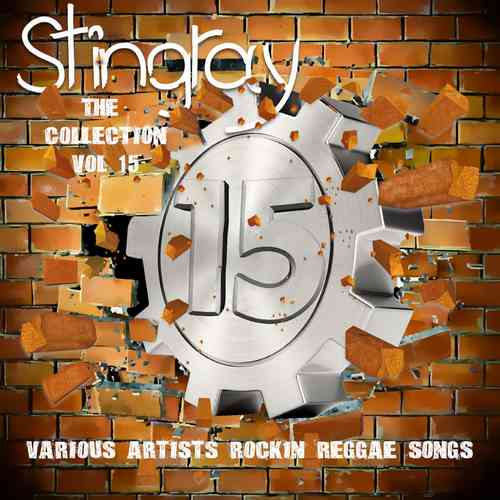 Being one of the UK’s most consistent reggae labels, Stingray has built a reputation in the reggae scene that is hard to match. Their excellent contacts with the Jamaican reggae industry certainly contributed to this. These contacts were not all-important to their success, as their releases were always of such quality that they were eagerly received by both UK reggae fans and reggae fans around the world. Appropriately and respectfully, Stingray used the riddims of numerous Jamaican classics as a backdrop for their releases. Carlton “Dillie” McLeod and his younger brother Raymond “Sting” McLeod have steadily built a reputation for producing unique Yard Style mixing techniques outside Jamaica. Recently they released the compilation set Stingray Collection Vol. 15.

Troy Ellis, one of Alton Ellis’s sons, who has followed in his illustrious father’s footsteps, opens this album with an accomplished remake of his father’s Studio One hit Mad Mad. Good memories surfaced with Eljai’s Angel Of Mine. The easygoing riddim (name doesn’t come to mind right now) created a furor in the late 1990s. It was produced by Bobby Digital who released the album Double Up in 1997, which featured about five tunes on that riddim. The soul power of Jimmy London is still active, proof of which is the remake of his own 1971 hit A Little Love. Mr Easy -with some help from Trinity- brings Times Like This riding the Freedom Blues (aka MPLA) riddim. This track is also featured on his 2020 album Legendary. Glen Washington, -always up for a perfect remake- also knows how to deliver Dobby Dobson’s Studio One hit Seems To Me I’m Losing You, in his own emotive way.

We already knew Kevin David’s tune One In A Zillion, a beautifully arranged lovers tune, from a 2019 10-inch released by River Bank Records. With the solid tune Praise Hime, Tony Curtis also ensures that the rootical side is addressed on this album. The same goes for Luciano with the song No Time To Lose. Patrixx Anthony Tenyue, perhaps better known as Patrixx Abariginal, showcases his horn class with a jazzy, midnight-mood-like instrumental that will have you relaxed and dreaming away. The album’s well-honed closing track is reserved for the experienced Megumi Mesaku, the in-demand female session saxophonist. She puts her best foot forward with a delightful version of John Holt’s Studio One tune Stranger In Love.
With this collection, Stingray Records proves once again that it’s not rocket science to release an appealing album of catchy reggae tunes.