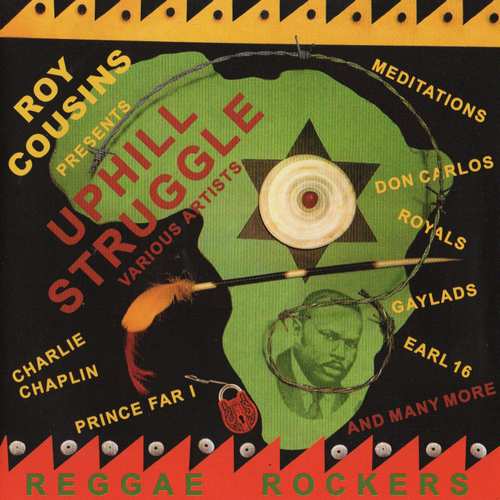 Without a doubt, Roy Cousins has built a fantastic catalogue of some of the finest reggae ever released. It enables the singer, producer, and record label owner to pick some of the best tracks from more than a hundred albums he has released during the past five decades. However, in this case, he has chosen to go back to previously released selections that were licensed to the aforementioned US record label. That compilation of vocal tracks and the Pressure Sounds release Dubbing With The Royals were the only ones that he didn’t release on his own labels so far. That’s probably the reason why he decided to reissue an expanded version of Roy Cousins Presents Wambesi All Stars. Those who have been hooked on Roy Cousins’ labels for a very long time and/or purchased one of the Heartbeat Records releases at the time might be a bit disappointed about what this CD has to offer. However, this does not detract from the high-quality output that’s on display here.

Included here are tunes he released on his Tamoki-Wambesi imprint during the golden era of reggae music. Featured artists include singers like Cornell Campbell, Ken Bob, Earl 16, Winston Jarrett, and Ken Parker, who are joined by deejays such as Charlie Chaplin, Prince Far I, and Baba Dread along with vocal groups The Gaylads, The Meditations, Knowledge, and, of course, The Royals. Although most of the material gathered on this compilation are goodies – some of them even deadly goods – there are almost inevitably also a few weaker tracks. The latter are Earl 16’s OK My Love, Winston Jarrett’s Sleeping In The Park, and Junior English’s reggaefied version of Smokey Robinson & The Miracles 1967 hit song I Second That Emotion. However, the highlights outnumber the weaker offerings. Among them are Charlie Chaplin’s humorous Diet Rock on the Movie Star riddim, Cornell Campbell’s superb Jah Jah Give Us Love, Prince Far I’s downright stellar Survival aka Zacky The High Priest (one of the last vocals he recorded), and The Royals’ Make Believe from the original LP release. But among the bonus tracks there are also highlights such as Glen Lewis’ Painted Face, Knowledge’s Mental Slavery, and Baba Dread’s Dread And Corporal Brown.

Conclusion A very helpful collection to get acquainted with some of the finest Roy Cousins reggae productions.