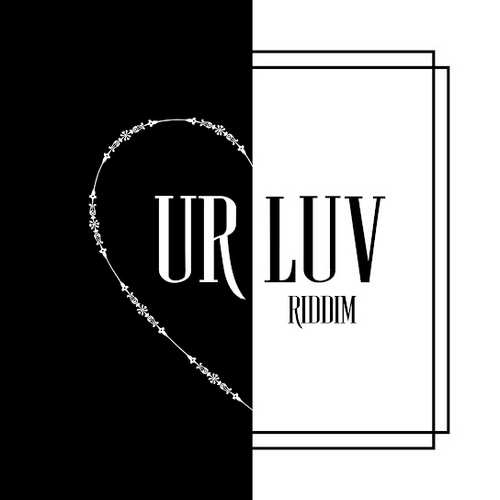 Before the end of the year, Stingray Records has released a lovely 10-track project titled Ur Luv Riddim. The organic reggae riddim compilation takes listeners back in time with the classic vibes of the riddim as it is a relicked version of the Sound Dimension riddim that was used for Larry & Alvin’s Studio One classic ’70s tune Your Love. Laid by Mafia & Fluxy, the riddim is voiced by well-known artists such as Leroy Mafia, Ginjah, Richie Davis, Tenna Star, and international lesser-known UK vocalists like Publik Report, Kareem Shabazz, and Chardel Rhoden.

Although one might expect that this Ur Luv Riddim selection is packed with love songs, it ain’t the case. Only two songs included here deal with a lovers theme, Chardel Rhoden’s nice Piece Of My Heart and Leroy Mafia’s well-done cover version of Larry & Alvin’s original tune. The rest of the tracks touch different themes. With the opener Mama Love, Delly Ranx brings an ode to his mother whom he calls a real ‘top-a-topper’. Publik Report, whose 2020 EP The Journey was released by Stingray, tells us that Jah is no Pretender. Although Kareem Shabazz’s vocal isn’t an instantly appealing one, his Born On The Street is a sufferer’s tune worth hearing. Ginjah excels with the powerful Roots, while Tenna Star makes a decent impression with Musical Journey. Next comes Yashema McLeod, whose warm soothing tone comes across in the gorgeous praising tune Heaven Declare. Then there’s Start It Up has Joseph Cotton (aka Jah Walton) chanting over the riddim in fine old skool style. Richie Davis comes up with the social commentary in which he calls on the heavenly father to give us strength today to Shut Dem Down. Surely one of the album’s highlights.

Stingray always brings the vibes and this Ur Luv Riddim is no execption!