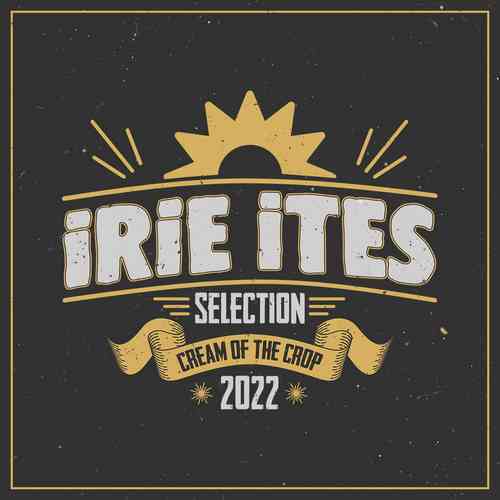 Irie Ites Records from France is one of the most outstanding and reliable outfits producing excellent roots riddims and remakes. The label is probably best known for dropping a very impressive array of top-notch riddims. Standouts have included Borderline, Zion, Only Solution, Strange Things, Rocking Time, and the fairly recent ASAP riddim. They musically reflect on the past with a collection titled Cream Of The Crop 2022 in January 2023. This release comes in 3 flavors, all with different tracklists. The vinyl release has 12 vocal tracks, while the CD version adds 7 dubs on top of that. The digital release, with 25 tracks is discussed in this review. For the complete overview check the tracklist section in this review.

First up comes the late great “Bugga” Minott across the Watch Dem riddim, Irie Ites also issued a rock-solid version by that other reggae veteran, Triston Palma, called Never Get Weary. Put Food On The Ghetto Youth Table is a strong tune from 2022 by Eek A Mouse in fine roots style, evoking fond memories of days gone by when he musically ruled the dance halls of Kingston. China man invasion: Stinging Ray with Fire In Your Eyes. This singer, who comes from a strong hip-hop background, surprised us back in the fall of 2022 with this lovers song, which he recorded with the renowned Roots Radics. The Rocking Time riddim was a successful version excursion in 2007, which is why it was recently brought to prominence again in a remastered form. Glen Washington, as usual, nails his track Liar Liar on this riddim. Then comes the combination George Palmer & Lion D with Come We Just A Come. With this tune, they breathe new life into Dennis Brown’s Revolution riddim, and the singer/deejay combination comes off well here. Again, George Palmer reverts to a classic riddim, this time with Love In The Dance, incorporating the riddim of Horace Andy’s Mr. Bassie inna dancehall style, with a subtle nod to Barrington Levy’s hit Teach The Youth. By the way, he released the creditable set Working Man last year. You can read the review here.

The original fireman Anthony B delivers with Raggamuffin one of the baddest licks across the ASAP riddim, which came in out in the summer of 2022. Here you can read the extensive review of that riddim. Stranjah Miller demonstrates his finest side on Hit Hit Hit, an unstoppable rub-a-dub track. Throw Us Down, Capleton’s lick on the Zion riddim (review here) from 2021, is one of his many killer compositions. The tune Family is part of a 2021 project by Irie Ites. Three big names in French reggae -Tomawok x Keefaz x Puppa Nadem- packed together and delivered an old skool dance’n’jump song without obstruction & hesitation. Very recently -December 2022- the hip hop-like Night Light riddim was released, with only about four tunes, of which Agent Sasco’s above-average tune She’s A Saint is included here. The late John Holt, a true reggae veteran, is also present here with his late 2020s song On A Friday Night. It’s an unexpectedly fresh remix of his own Studio One song Strange Things, backed by the ever-reliable riddim duo Mafia & Fluxy.

Special attention to Keith Rowe, known for his partnership with Phillip Texas Dixon as the duo Keith & Tex. They scored hits in the 1960s, while years later he stormed the charts as a solo artist with Groovy Situation, produced by Lee Perry. Here he performs this tasteful song again with verve! The digital release features some nine dubs played by Roots Radics, Mafia & Fluxy, Naram, Willy William, Russ D, Med Tone, The Ligerians, and Irie Ites. Most of these were mixed in Irie Ites studio by Jericho. He has listened carefully to the Jamaican dub pioneers, and that has had a positive influence! He deconstructs but makes sure the riddims remain reasonably intact. By mixing in vocal snippets, he achieves that the dubs become a lot more exciting. A fine set of dubs for relaxed listening.

Conclusion Worthwhile restrospective set, be sure to check it out!