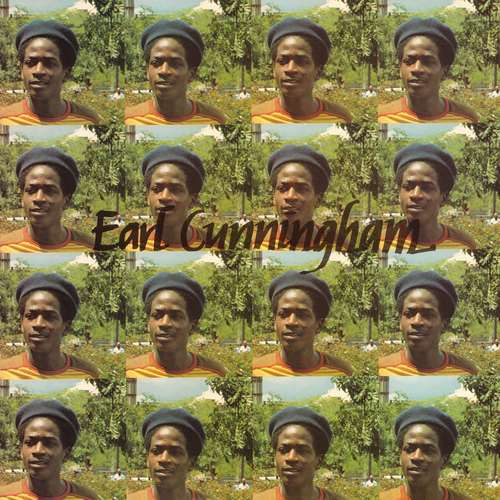 Earl Cunningham is such a quintessential Jamaican artist who, despite good quality releases, never got the wide recognition he deserved. His output was also far from prolific, only two albums are known, in addition to several singles. He was born October 22, 1959, in eastern Kingston, Jamaica. Inspired by the sounds of The Heptones and Dennis Brown, Earl set out to pursue a career in music. After an unlucky start with producer Roy Francis, he managed to make a name for himself in the tough Jamaican music business with releases for Dennis Brown, Jah Thomas, and Roy Cousins. His debut album was released in 1983, followed by the LP John Tom in 1984. Since the mid-1980s he has lived in southern Florida, from where he only sporadically develops musical activities.

The producer of this album is none other than Earl Morgan, one of the founding members of The Heptones. He started producing in the early 1980s, including several Heptones’ albums and this album by Earl Cunningham, which came out in 1983. That same year he also released Earl Sixteen’s LP Shining Star.
This showcase album, after almost 40 years, is finally available on a regular basis again. Accompanied by the then hottest backing band, The Roots Radics, the album was voiced and mixed at King Tubby’s renowned studio in Kingston. The engineer was Winston ‘Professor’ Brown, one of King Tubby’s talented proteges. Producer Earl Morgan has created an attractive raw edge through the combination of The Roots Radics and the mix of Professor. Earl Cunningham’s vocal delivery complements this perfectly!

We start side 1 with a strong reality tune, Violence and Crime a common theme on the island. Earl uses the popular Shank I Sheck riddim for this. Bless You is a great lovers tune, loosely based on the famous version of Horace ‘Sleepy’ Andy. Wait In Vain, a song with the theme of love closes side 1. The rather obligatory text is underpinned with a nice creamy riddim. Strangely, the version is on side two of the LP.
Earl’s performance of the song Ready To Learn, a cover of the Barbara Mason hit from 1965, is definitely one! The song was also covered by The Heptones and Freddie McGregor for Coxsone Dodd’s Studio One label. The combination of the sweet lyrics, Earl’s matching vocal performance, and Professor’s cool mix result in a gem. Closing is the roots song What A Day, another catchy song, on the excellent riddim that the producer also used for Earl Sixteens’ tune Play Play.

Conclusion Glad that this one's available again....Get your copy!