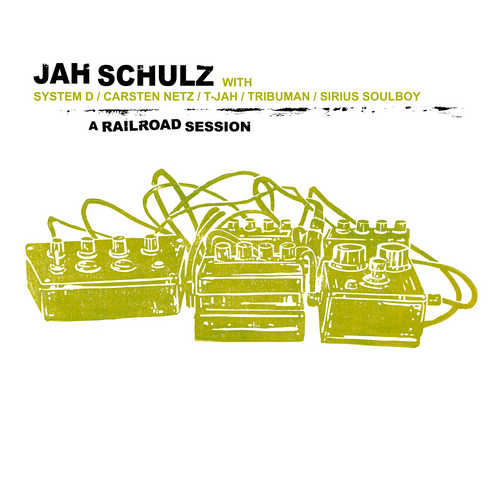 For many years Michael Feidler, a musician/producer from Stuttgart, Germany, has been making dub music, but it’s since 2015 that he uses the name Jah Schulz for his more recent dub activities. After having three 7″ singles – “Dub Mafia”, “Rise Up” feat. Tribuman and “Life>Silver & Gold” feat. Ras Timbo & Tribuman – released by Railroad Records, Jah Schulz now presents his new LP called “A Railroad Session”.

Featured are eight tracks of deep instrumental dub music including a remixed version of the previously released single “Rise Up”. The latter, a killer horns tune featuring French trumpeter Tribuman, has been remixed by T-Jah in a wicked rootikal style and is the undeniable highlight of the entire set. Also worth hearing is “Go See The Dub” featuring Leipzig’s System D, one of the key players in the new wave of German Dub. Together with Jah Schulz they’re responsible for a track with an ultra deep bass sound. Don’t overlook “Mentally Tougher By Using Dub Part 1” either as it features wonderful saxophone parts by Carsten Netz, which makes it a real joy to listen to this piece. The album comes to an end with the most experimental & reduced dub “African Powa”.

For fans of digi dub, this one is worthwhile checking .