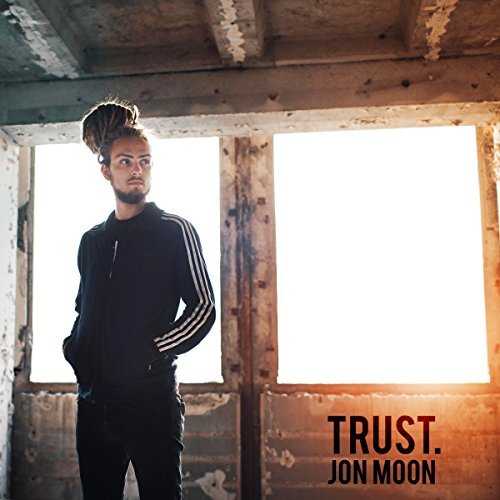 A release that initially was overlooked, but then luckily came again to our attention, is Jon Moon’s December 2017 released debut album “Trust”.

Jon Moon (real name Jon Nymoen), a young budding reggae artist from Berlin, Germany, was born into a very musical family. Jon Moon has been writing and recording his own songs since the age of thirteen and soon his love for music turned into a love for reggae music. In 2016 he published his first single “Unification”, done in collaboration with Jamaican reggae artist Lutan Fyah. Later that year he, together with some of Germany’s best reggae musicians, started recording songs for his debut album “Trust”, which then was mixed and mastered by German producer Ganjaman and released by Jon Moon’s own record label called Yutman Records.

The 14-track album, of which the ska-fueled collaboration with Ganjaman “Nicht In Bester Lage” is the only non-English tune, fully displays the skills and talent of Jon Moon, vocally and lyrically speaking. From beginning to end the listener is treated to solid roots music with a few standout offerings. The latter include the instantly appealing album opener “Songs Of Joy”, “Rasta Is”, the dancehall flavoured “Hypocrites”, the powerful message tune “It’s Time”, and the slow-paced album closer “We Are One”.