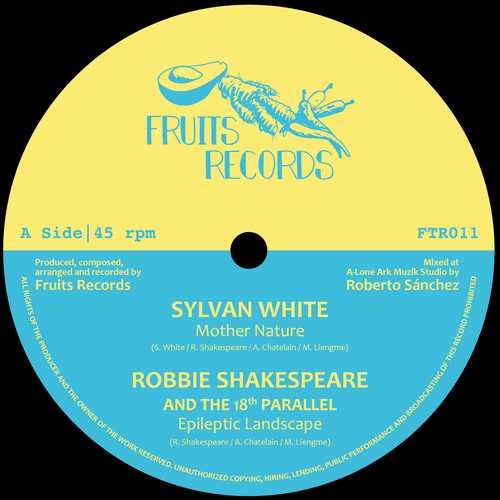 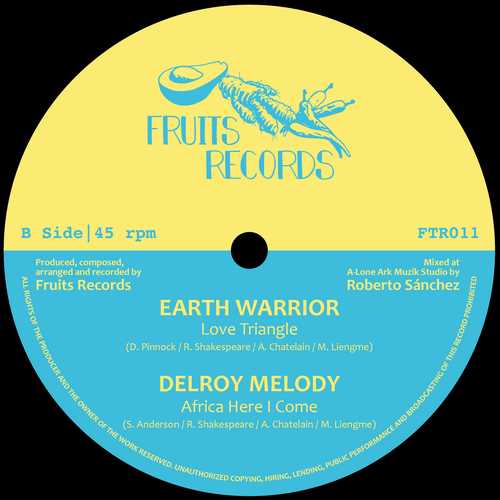 While being in Jamaica, members of Fruits Records’ studio band The 18th Parallel (recently drawing notable attention with their riddims on Micah Shemaiah’s excellent “Roots I Vision” album) teamed up with one of reggae’s greatest bass players Robbie Shakespeare from the famous riddim twins Sly & Robbie. The result of this collaboration is the “Magnetic Buzz Riddim”, a heavy rub-a-dub riddim that takes the listener back to the early dancehall days in Jamaica.

Voiced by veteran roots singers Sylvan White and Delroy Melody and Earth Warrior, a young promising artist from Rockfort JA , the powerful “Magnetic Buzz Riddim” – with a prominent role of Robbie’s lead bass line – is a great platter for those who cherish the sound and tunes from the early 1980s. Sylvan White, the underrated roots vocalist who recorded crucial songs like “Africans Unite”, “Youthman” and “Mountain Top” in those days, makes his comeback in the business after years off the scene. The beautiful “Mother Nature” displays that Sylvan White’s vocal delivery is still excellent and a joy to listen to. Next comes a dubbed out version of the riddim called “Epileptic Landscape”, which is a must hear for any dub aficionado.

Side B introduces the listener to the voice of Earth Warrior, whose solid “Love Triangle” marks his first appearance on a vinyl record. Definitely an artist to watch for in the future. Delroy Melody, who recorded his first tunes as a member of the Young Lads aka The School Boys for top producer Bunny “Striker” Lee in 1968, is probably best known for his 1979 released roots killer “Ease Up The Pressure”, which in 2013 was reissued on the Jamwax label. His cultural song “Africa Here I Come”, across the heaviest, more dubby version of the riddim, is a crucial offering that goes on repeat. Killer roots fi sure!!!

All in all a great tribute to the early ’80s sound of Jamaican reggae!