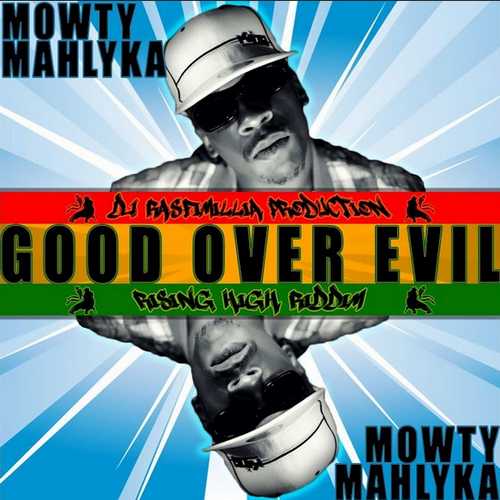 DJ Rasfimillia is an Austria based audio engineer/producer, with a passion for reggae, dub and hip-hop, who started juggling in 2011. He releases mixtapes and runs a charity initiative in Ethiopia. Worldwide he has worked with several sounds and artists, and his latest effort is a collab with the artist Mowty Mahlyka.

Mowty’s slogan is “I represent no area, zip code, postcode, I represent humanity, therefore I stand for the people”. The London based artist began his recording career around 2007 and has released several singles so far. He has toured worldwide and his desire is to present music with substance and information, whether it is highlighting social, political or spiritual issues.

The collab between him and DJ Rasfimillia resulted in the single “Good Over Evil”. As you can tell from the title it’s a conscious tune across a commanding reggae backdrop called ‘Rising High Riddim’. He addresses themes like corruption, Babylon, political crisis. Wherever you live, whoever you are, always follow “Good Over Evil”. With his powerful vocal singjay style, that reminds of King Kong and Burru Banton, he puts out a solid tune. One thing we don’t like are the few predominant synth riffs in the tune.