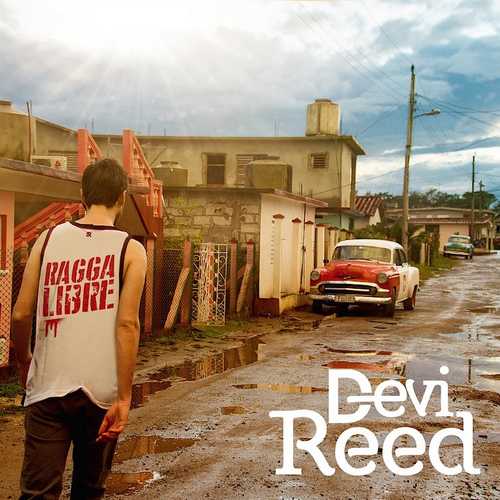 Toulouse based Devi Reed was lead singer of the French band The Banyans, with whom he recorded two albums and toured extensively in Europe. In 2016 took off on a promising solo career. His intention is to create an appealing mix of several musical styles and influences to obtain a unique sound of his own. The tasteful result is a pleasant mix of reggae, hip hop, soul, dancehall, latin and dance grooves. He writes his own music, inspired by the daily life that surrounds him, sometimes in French, sometimes in English. Last year he released the promising mini album ‘Essence Of Life’

His latest album is a Cuba influenced 11 track set that is highly recommendable for the Summer! He travelled to Cuba and surrounded himself with nuff musicians from Cuba and France, all with their own unique musical roots and capabilities. It has resulted in a truly appealing album, with glorious danceable vibes. Opening track “Wake Up” summons us to live our lives and free our minds. A perfect opener for this album. Enter Havana meets Jamaica and France with the second track “Tot Irie Bien”. Underpinned by a Cha-cha-cha riddim, “Ragga Libre”, makes clear he’s been to Cuba! All reggae/dancehall is his combination with rapper El Individuo called “Move And Smile”. “This Woman” displays exciting pulsating riddims, while “Cuida Tu Vida” is a horns flavoured latin track with Devi rappin’ over the riddim. The album finishes with two contemporary remixes by beatmaker Tamal of “Ragga Libre” and “This Woman”.