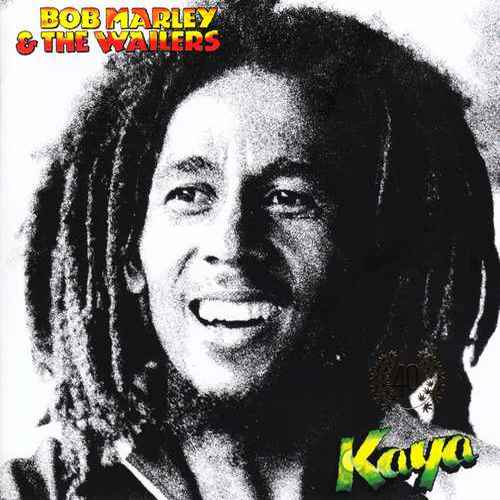 Bob Marley’s 1978 “Kaya” album, which came after the political fury of the 1977 released “Exodus set”, received rather mild comments and some claimed Bob had gone ‘soft’ because of the general sound of the album and its themes of love and ganja (“Kaya”). However, the album, with its mellow and reflective mood, became one of Bob’s greatest chart successes! The set contains top-shelf work such as “Is This Love”, “Crisis”, “Time Will Tell” and “Running Away”. Three songs were do-overs of former released tunes: “Kaya”, the brilliant “Sun Is Shining”, and “Satisfy My Soul” aka “Rock My Boat”. The album was initially released just one month ahead of Bob’s headlining the One Love Peace Concert. This event signaled Bob Marley’s return to Jamaica, following his long exile in London after having fled the island as a result of the assassination attempt in December 1976.

Forty years later we get treated to a 40th anniversary re-release. It features Stephen Marley’s new ‘Kaya 40 mixes’ of nine (“Easy Skanking” comes in the 1978 mix due to technical issues) tracks from the original album alongside the original mixed tunes as a double CD and double LP (180 gram vinyl). Than there’s the digital version which will feature Stephen’s mixes only.

For the new mixes Stephen used demo’s from the original recording sessions, but also alternate takes. The result are 9 tracks that stay pretty close to the original. Listening more carefully you’ll notice that the overall sound is more transparent, clearer and Bob’s vocals are more prominent in the mix. There’s also a subtle echo effect on the vocals. On “This Is Love” Stephen left out the classic drumroll intro, while the bass line seems deeper and percussion wise there’s a lot more to enjoy. The latter goes for all the mixes. On “She’s Gone” the vocals sound a lot better and the 40 mix lasts more than a minute longer! Seems like some subtle keyboard parts are added on “Crisis”. “Running Away” is a few seconds longer because the 40 mix isn’t faded out like the original mix.