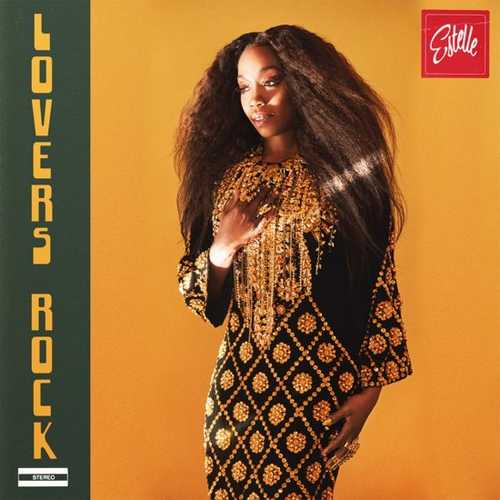 “Lovers Rock” is the fifth album of Multiplatinum GRAMMY-award winning artist Estelle, probably known best for 2008 hit single “American Boy”. Its title refers to the London-centered subgenre that – in the ’70s and ’80s – smoothed out the riddims of reggae and rocksteady into something more soulful and woman-dominated. Apparently inspired by the music that was very popular in the days she was born, British R&B recording artist Estelle comes up with a largely reggae/dancehall-infused new collection of tunes.

Not every track will be to the liking of the true fan of the lovers rock genre, but there are certainly a few offerings included that might appeal to them. Without any doubt these include the smooth opener with Luke James called “So Easy”, the hit song “Love Like Ours”, done in collaboration with Tarrus Riley. Dancehall fans might dig tunes like her previous single, the infectious “Better”, “Slow Down” featuring Alicai Harley, and the party tune “Really Want” with guest appearances of Konshens, Nick & Navi. Also really nice to hear are the collaboration tunes “Meet Up” (feat. Maleek Berry) , “Queen” (feat. Chronixx) , and the head-nodding “Karma” (feat. Hoodcelebrityy).

A solid album for a broad audience.

Buy @ an Amazon store near you
TAGS: estelle | lovers rock