Earl Zero – Fire In The City

EARL ZERO – FIRE IN THE CITY 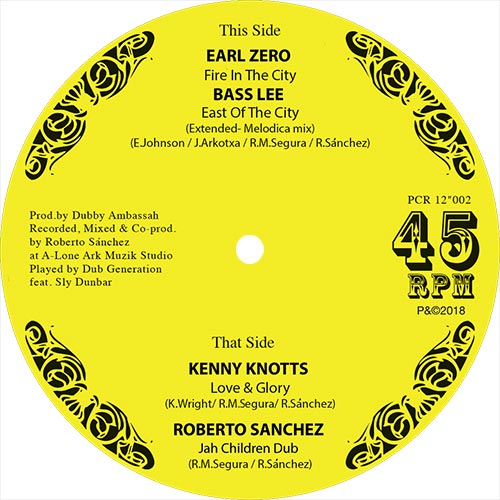 Roots veteran Earl Zero, the original singer of “None Shall Escape The Judgement”, gained new interest with his 2010 released album “And God Said To Man”. For that album he teamed up with Roberto Sánchez.

Now they present a new collaboration on this 12″ vinyl single called “Fire In The City”. It’s a truly great roots tune worth playing over and over again. Yet  another proof of Roberto Sánchez’s ability to get the best out of Jamaican reggae veterans.

The vocal is extended with Bass Lee’s wonderful melodica version – a real treat for the eardrums. The B-side opens with Kenny Knot’s glorious “Love & Glory” on the same riddim, It was actually released for the first time on the Pirates Choice label in 2008 as the A-side of a 10″ vinyl single. However, the mix included here differs from the 2008 version. To top off this 12″, the listener is treated to the excellent “Jah Children Dub”.