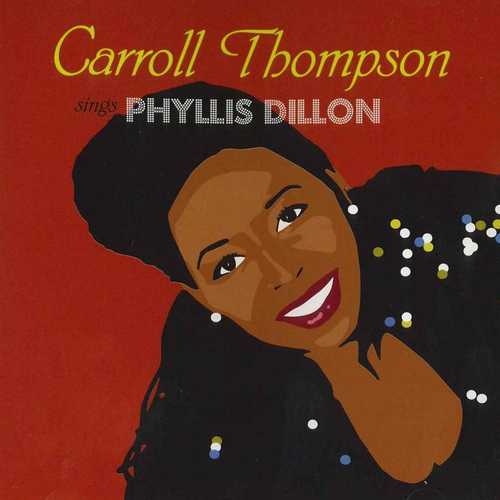 Sweet voiced Carroll Thompson aka Queen of Lovers Rock, was born and raised in the UK of Jamaican descent. She started providing backing vocals in the mid ’70s. By 1981 she embarked on a solo career and topped the reggae chart twice, with “I’m Sorry” and “Simply In Love”. That same year saw the release of her debut album “Hopelessly in Love”. It sold over a million copies worldwide. During her prolific career she didn’t limit herself to reggae music. She has worked as a session singer with Michael Jackson, Stevie Wonder, Natalie Cole, Pet Shop Boys, Robbie Williams, Boy George, Maxi Priest, Sting, Billy Ocean, Chaka Khan, Aswad and M People. In 2004, Carroll was voted by the British public in a nationwide poll as one of the 100 GREATEST BLACK BRITONS of all time. A much loved vocalist in Japan she recorded an album of Phyllis Dillon songs as a tribute to the late singer, who died in 2004.

The Japanese label Takapachi released this set last summer complete with two bonus tracks (Live in London). Now there’s the digital version without the bonus tracks, strange… Anyway, Carroll’s vocal style perfectly fits the songs on this album. The big people’s music backing is the right backdrop for these tunes. There are the well known rocksteady hits “Don’t Stay Away”, “Love Is All I Had”, “Perfidia” and “The Right Track”, a well known single from 1969. The awesome Patti Drew soul classic “The Love That A Woman Should Give To A Man” gets a super soft & sweet treatment.

“Picture On The Wall” was a Studio One hit for Freddy McKay. It was a popular tune which attracted numerous cover versions. “Eddie Oh Baby” is an answer version to Eric Donaldson’s “Cherry Oh Baby. The tune “Rock Steady” was an original Phyllis tune. Later it would be turned into the Alton Ellis’ hit “Rocksteady”. One of Phyllis’ standout tunes was the ghetto anthem “Woman Of The Ghetto”. It’s not included here, but we would have loved to hear Carroll’s interpretation!