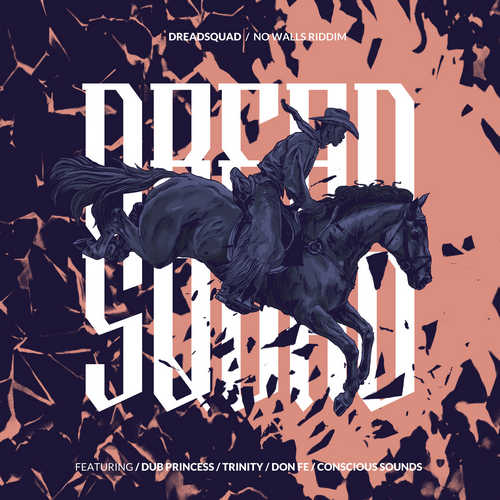 Marek Bogdanski aka Dreadsquad celebrates 17 years in Reggae business with the release of the “No Walls Riddim”, which actually is the 40th release on the Polish musician/producer’s own Superfly Studio label. Dreadsquad, who has become known for exploring various styles within the Reggae spectrum, this time explores the deep roots of Reggae inna Rockers shuffle style. For this project he has collaborated with UK based Dub Princess, Jamaican veteran deejay Trinity, UK born musician/producer Don Fe, and Dougie ‘Conscious’ Wardrop aka Bush Chemists aka Conscious Sound. Besides Marek Bogdanski on bass, guitars, piano, and melodica, the players of instruments include Horseman (drums) and Przemys³aw Sokalczuk (organ).

It’s a joy to listen to the angelic voice of Dub Princess on the worthy lead track of this riddim project. Trinity’s old-skool deejaying utilized for the message tune “Power To The People” fits the riddim perfectly well. After the two vocal cuts the listener is treated to five more interpretations of the riddim. First there’s Don Fe’s real nice flute play that comes to the fore on “Hibisco”, while Dreadsquad melodica is the lead instrument on the entertaining “In The Valley Of Sorrow”. Trinity’s “Power To The People” gets an appealing dub treatment, before the straight version of the riddim drops in. Dougie Conscious rounds off with a worthy dubbed up version of Dub Princess’ “No Walls”.