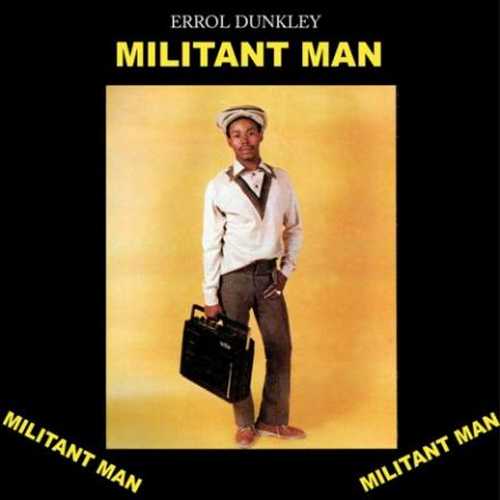 Errol Dunkley’s recording career began in 1965, when he was only 14 years old. From 1967 to 1968 he recorded several singles for Joe Gibbs, including “Please Stop Your Lying” (1967) and “Love Brother” (1968), before switching to Coxsone Dodd in 1969. Throughout the 1970s he released popular singles like “Keep The Pressure On”, “Black Cinderella” and “A Little Way Different”. Towards the end of the decade his popularity in the UK grew, resulting in his biggest hit “OK Fred”, which in 1979 reached number 11 in the UK Pop Chart.

What makes Errol Dunkley’s music so interesting is his own intense vocal style, copied from no one. It’s one of the most expressive voices in reggae music as can be fully experienced while listening to this album. Except for “Girl Be True”, the tracks featured here are extended versions – dub following the vocal cut. The singer not only excels on the four lovers tunes, but also sounds really great on the two roots killers, “You’ve Been Bad” and “Militant Man”. Having the vocal cut combined with the dub version is the icing of the cake.