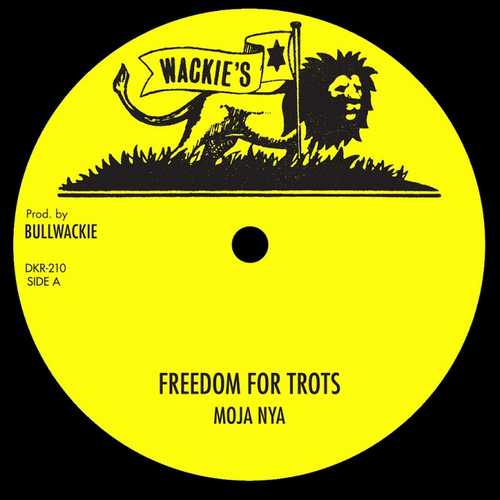 From the New York based Digikiller Records label comes a superb reissue of a Wackie’s from 1978. Digikiller Records is a reggae record label from Brooklyn, New York. Their goal is simple – legit and high quality repressings of rare and killer tunes. No bootlegs, no bad new artwork, no terrible noisy or warped pressings.

Not much info about the band, Moja Nya was a four member reggae band who released a few singles. This 12″ was originally released on the Jumbo Caribbean Disco label run by Brooklyn’s African Record Center shop. Here you’ll get treated to deep roots discomixes on both sides. “Freedom For Trots” is an organic roots rock tune across a steady drum and bass riddim flowing gently into the dub. The B side is “Jah Guide’, another gem, with a Black Ark-ish atmosphere, praising Jah to the fullest. Production credits go to the one and only Bullwackie, get this musical treasure!