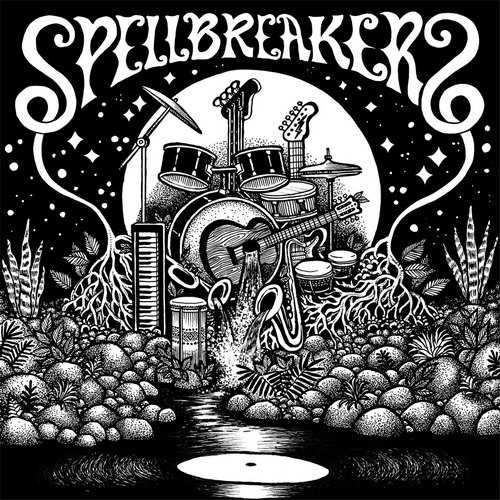 In the new millennium some real good reggae bands have emerged in Belgium (think: Pura Vida). Last year another interesting and super creative new reggae band was formed, Antwerp-based The Spellbreakers. This much promising six-piece formation around flamboyant Belgian-Brazilian vocalist and visual artist Juli Jupter gets its musical inspiration from, among others, roots formations from the ’70s and ’80s. In May 2018 the band presented their first 12″ Single called “Who Feels It Knows It”, featuring two vocal cuts and an equal number of dubs.

The Spellbreakers’ debut release is now followed by a second 12″ Single, which again features two vocal cuts and their dub counterparts. Recorded & produced in the classic reggae tradition by band member Kingston Echo at Hoboken Hi-Fi, the listener is treated to two original roots tunes which both make a real good impression. “Well Runs Dry” is a solid effort that benefits from an awesome bass line and great sounding horns. And then there’s “Purification”, a song of sheer beauty that goes on repeat. The dub versions of the riddim tracks are simply excellent and a joy to listen to.

All in all great music from a band you’ll want to keep an eye on!