Chaka Demus – Forward and Pull Up

Chaka Demus – Forward and Pull Up 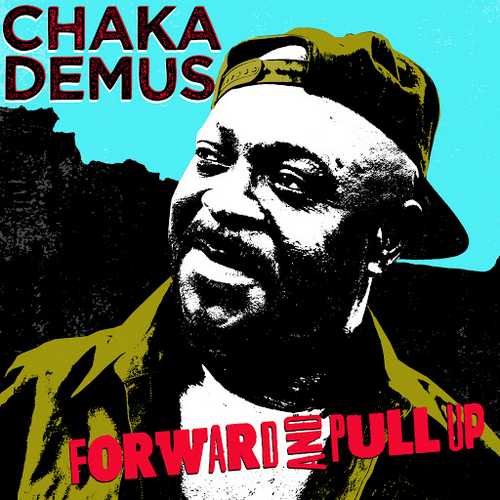 Chaka Demus, (real name John Taylor), whose jovial demeanor and strong moral character provided a welcome contrast to the bad-bwoy ragga stereotype, derived his moniker from Nicodemus. He honed his skills on a number of Jamaica’s sound systems, from Roots Majestic & Supreme, to the King Jammy’s Champion Sound system. It was Jammy’s who produced Chaka Demus’ debut songs, “Increase Your Knowledge” and the 1985 hit “One Scotch”, which he shared with fellow deejay Admiral Bailey. Chaka Demus rose quickly to prominence thereafter, recording hits for Black Scorpio, Harry J. Skengdon, Bobby Digital and Penthouse.

After a chance encounter at a Miami stage show, he teamed up with Pliers in 1991. The duo became household names topping every chart around the world between June 1993 and January 1995 with tunes that included “Murder She Wrote”, “Tease Me”, “She Don’t Love Nobody”, and “Twist And Shout”, their number one hit with Jack Radics. The combination of Pliers’ yearning vocals and Chaka Demus’ rock stonechat was not only irresistible to a wide audience, but also part of their huge crossover success.

Now Chaka Demus is back with a brand new single called “Forward And Pull Up”. He describes the old skool flavoured tune, based pon the classic “Cuss Cuss” riddim, as “heralding Original Dancehall Style”. The tune is a true forward to the Jamaican sound system DJ playing a big track to an audience of reggae & dancehall lovers. It describes in fine style the atmosphere at a dance and invokes strong skanking vibes. Great teaser for the upcoming album “Success”, which will contain nuff tunes written by his son. The album will be released on the Jet Star label, which has been revived by London based Phoenix Music International.