I Kong – I Kong Meets The Tabernacle Posse

I Kong – I Kong Meets The Tabernacle Posse 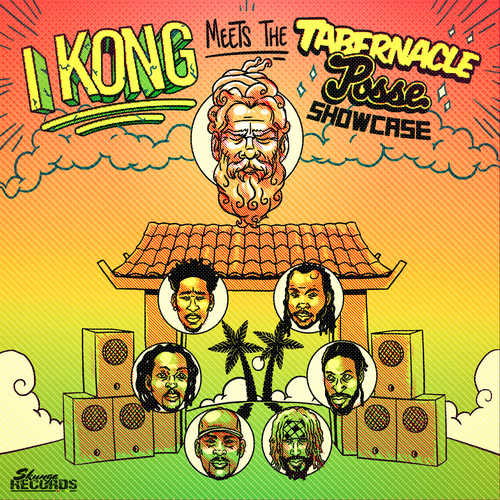 With I Kong’s interesting 1979 album “The Way It Is” and his more recent albums “A Little Walk” and “Pass It On” in mind, it’s good to see the release of a new collection of tunes from the Chinese/Jamaican roots singer, even when it features only collaboration pieces. Unfortunately it turns out that this new album doesn’t fully lives up to expectations. The balance of the backdrops on “I Kong Meets The Tabernacle Posse” is a mixed bag, while in terms of quality some of the tunes leave something to be desired. The social commentary “Tun Dem Back” comes across an uptempo dancehall-flavoured riddim, which simply isn’t the kind of backdrop that suits I Kong’s vocal style well. And although the next vocal cut, “Reggae Rocking”, is underpinned by a more suitable, full sounding roots reggae riddim, its meaningless lyrical content is a minus.

What follows next is definitely the better part of “I Kong Meets The Tabernacle Posse” and thus more worth hearing. “This Is A Cry”, a song about the ongoing everyday struggle of Black people, is pure roots & culture, in which the voices of the vocalists blend well together. And then there’s the decent “Raindrops”, a tune that makes you wanna move your dancing feet. The moody melodica play of Med Dred adds an appealing vibe to the mid-tempo riddim that incorporates some real nice dub effects. The light-hearted sounding “Give Thanks” is a sonically pleasing praising song and a fine closer of an album that surely has its moments, but fails to make a good impression from beginning to end.