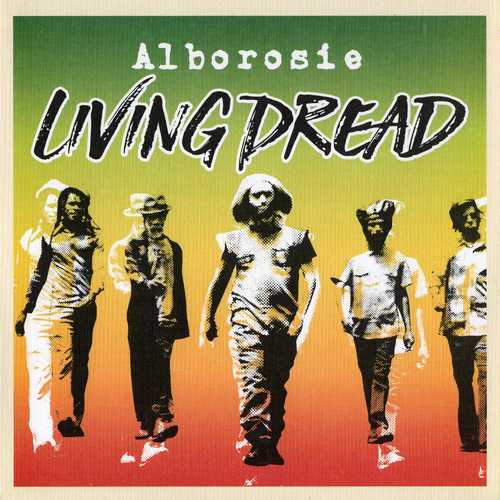 2017 saw the release of Alborosie’s blazing tune “Living Dread” in digital format only. The song was accompanied by a great eye-catching music video, which was inspired by the 1978 Jamaican cult classic film Rockers. It was filmed in Portland, Jamaica, by One Love director Rick Elgood and featured drummer Leroy ‘Horsemouth’ Wallace who played the leading role in Rockers.

The self-produced “Living Dread”, a tune inspired by Black Uhuru‘s “Anthem” – hence the punch line “I and I born a living dread. Inna this ya town of the living dead.” – was released as a song on its own and not intended to be included on an album. With this message song Alborosie reflects on the state of reggae music, which at heart is a protest song in a time when dancehall and other less conscious genres are populating the airwaves. Actually this piece, in all its facets, can be seen as a tribute to the ’70s conscious roots reggae movement. “Living Dread” is a great sounding piece driven by an awesome bass line courtesy of Errol ‘Flabba’ Holt. Other musicans who play on this riddim track include Sly Dunbar on drums, Tyrone Downie on keys, and Alborosie himself on guitars. Backing vocals are done by Publik Report.  For the first time “Living Dread” is  available on (translucent green) vinyl.

The other side of this single in physical format features the song “Jah Jah Crown”, in 2004 in Jamaica released on a 7″ single – with Determine’s “The Best Of Them” on the flipside – by the artist’s own Forward Recordings label. Although originally released 15 years ago, “Jah Jah Crown” doesn’t sound outdated at all. Coming across a gorgeous ‘one drop’ backdrop this cultural piece still makes a very good impression and is worth of going on repeat.

Released under exclusive license to Evolution Ltd, this 7″ vinyl single is limited to only 1000 copies worldwide. So if you’re a reggae fan who is addicted to collecting vinyl, make sure to get this one while you can!