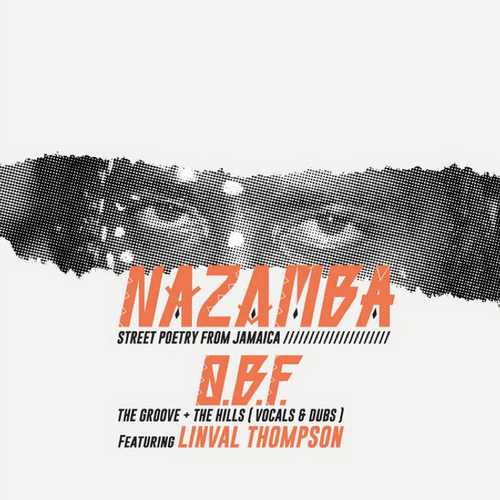 The four tracks EP brings us two boom tunes, backed by O.B.F. with a thunderous bass that will blow your speakers when played too loud! Adding space,echo and reverb where needed, the backing is more than excellent for Nazamba’s vocal headshots! First there’s the collab with reggae veteran Linval Thompson. Linval’s fragile vocal delivery adds an extra dimension to Nazamba’s performance. The song tells about the hills of Jamaica as an ‘escape room’ where the dread flees to to get away from the hustle and bustle of the city. This song really showcases the raw emotion Nazamba. The dub is equally powerful and a true musical adventure.

Side B is about “feeling the groove”. Effectively backed by O.B.F., who lay down an hypnotic groove, it offers a surprising glimpse into the small, hot and often humid Jamaican studios with its turbulent atmosphere. His dramatic vocal delivery on this tune make this sure fyah. The dub leaves nothing to desire…BOOM!