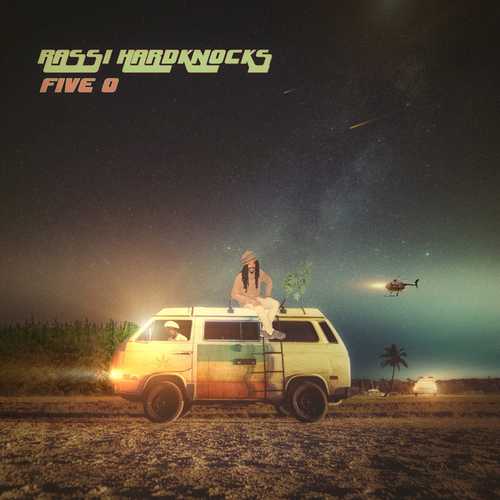 Kingston born Rassi Hardknocks was raised within the rasta organization of The Twelve Tribes Of Israel. His earliest musical influences came from his mother, the singer Marva Gillespie with whom, together with his sister, started performing at an early age. His singing career really took off when introduced to Jah B from Jah Love Muzik Sound. He toured with the sound and joined the stage with the likes of Culture Dan, Brigadier Jerry, Josey Wales and Charlie Chaplin.

In 2015 he finally released his debut set “Great Songs”, featuring artists like Micah Shemaiah, Exile di Brave and Jahkime/Eesah. The nest big step in his career will be the release of a new album. Two Rastatothebone productions, the herb anthem “Five O” and “World Today” will be included.

The herb anthem “Five O” celebrates the decriminalization of marijuana in Jamaica. In February 2015, Jamaica’s legislature voted to amend the nation’s cannabis laws. The song is a joyfull statement about this change in legislation.

“No more running from dem Five O’s
Legal to plant up my marijuana
and all the folks dem from my town
They love to puff it up on my corner.”

Rassi delivers in an instantly engaging manner as he flows over a one drop infected riddim that immediately grabs you. This track evokes reggae’s glory days, so be sure to check the video!