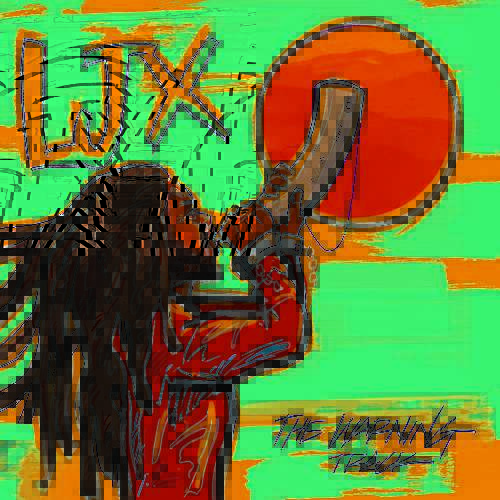 “The ‘X’ symbolizes the true African family name that we could never know.” – Malcolm X

Canada-based vocalist, songwriter, producer and musician Lyndon John X made his debut on the Reggae music scene in 2007 with the release of his first full length studio album entitled “Two Chord Skankin’”, which earned him a 2007 JUNO nomination (Canada’s Music Awards) and a nomination for Best Male Newcomer at the 2007 Canadian Reggae Music Awards. 2011 saw the release of his sophomore album “Brighter Days” and a second Juno nomination, followed in 2016 by the artist’s third album “Escape From The Mongoose Gang”, which received yet another JUNO nomination.

As an independent artist in a niche genre within the Rock-centric Canadian music scene, Lyndon John X has worked tirelessly to deliver original Roots Reggae to the masses and help the genre gain more widespread exposure on the Canadian music stage as well as on an international level. “I’m on the side of the ’70s rockers dancehall style to the fullest,” says Lyndon. “My music is conscious, soulful, and uplifting with a healthy dose of blues and even a bit of jazz. I admire broad range of artists, from Hugh Mundell to Burning Spear to Steel Pulse to Carlos Santana to Stevie Ray Vaughn to Wes Montgomery etc.”

Early July, Lyndon John X has released his fourth studio album with all new material, the 8-track project “The Warning Track”. The latter is a noteworthy well produced collection of conscious, soulful and uplifting reggae tunes. While listening to the album the reference to Steel Pulse (check for example “Flow Where The Wind Blows”) stands out clearly, which is not bad at all. The eight tracks span almost forty minutes of Roots Rock Reggae music and, even though “Rock To Your Soul” and especially “Roots Rock Music” lyrically fail to make a good impression, not a single second is wasted. Lyndon John X has a powerful and pleasant vocal style, which makes it a real joy to listen to his songs. Very strong tunes included here are the opener “Thinking For Myself”, “Key To Change My Life” and the impressive “Still I Survive”.

Overall, what we have here is a very solid album from Lyndon John X.