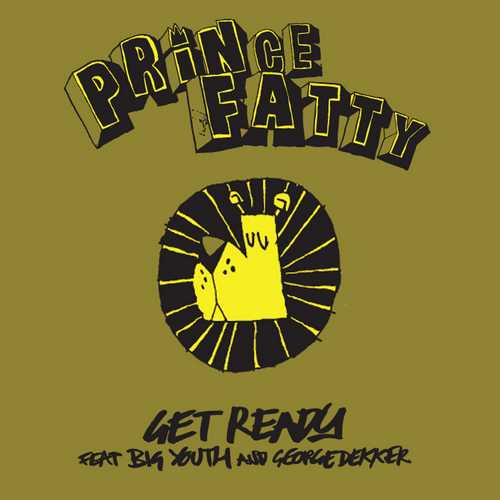 Prince Fatty has worked with everyone from Lily Allen, Hollie Cook, Graham Coxon (Blur), Mungo’s HiFi, The Skints, Gregory Isaacs and many more. After moving from Brighton to live in Los Angeles and Thailand, he’s taken in different sounds from across the globe and has built up a reputation of being one of the go-to producers of recent times.

The current 7″ is a gorgeous relick of Tamla Motown’s 1966 hit Get Ready, witten by William ‘Smokey’ Robinson and performed by the Temptations. Fatty’s production features the voices of George Dekker and deejay Big Youth. George Dekker is the lead vocalist of the legendary reggae group The Pioneers. Big Youth is a familiar name in the reggae business having recorded for practically every big producer in Jamaica.

The falsetto of George Dekker flows seamlessly and without hesitation across the rockers-esque riddim laid by Horseman on drums, Black Steel on bass and keys by Bubblers. Big Youth performs as he did in the Golden Days of reggae, the interaction between Big Youth’s toasting and George Dekker’s vocal delivery is completely satisfying. Then there’s the dub. Fatty wanted the ‘disco mix’ vibe of the rockers era for this project. The stripped down dub version displays Fatty’s craftmanship, while the echo chamber and reverb is utilized with veteran touch!