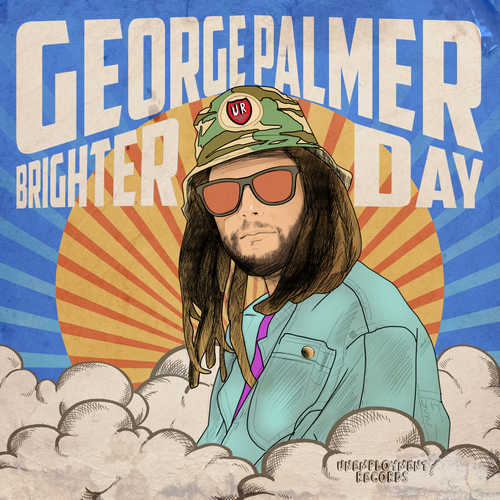 Since he emerged on the scene in the late ’60s, Horace Andy’s major influence on Reggae vocalists has been immeasurable. He inspired a whole host of sound-alikes, proving that imitation really is the most sincere form of flattery. A new addition to that extensive list of singers who utilize Horace Andy’s characteristic high range vocal style is Reggae entertainer and producer Gorka Arnedo aka George Palmer from Donostia, Basque Country, Spain.

The Spanish singer’s brand new album “Brighter Day” is the follow-up to the 2017 released “Dread Inna Babylon” set, which was done in collaboration with Puppa Shan and the Bass Culture Players from Madrid. For the recordings and release of his sophomore album, George Palmer worked with Italian producers Paco Ten and Filomuzik and started a successful crowdfunding. The final result of this fruitful collaboration is an authentic Reggae explosion, ranging from Roots to Digital, from Rub-a-Dub to Steppers. The release of “Brighter Day” actually marks Unemployment Records first album release.

Composed and arranged by Antonio Capodieci (tracks 1-3-4-7) and Frank Filograna (tracks 2-5-6-8-9-10), voiced at George Palmer’s own Box Studio and mixed by Paco Ten at Sankara Warrior Studio, this album leaves a decent impression throughout. However, it’s obvious that George Palmer needs to bring something new to his Horace Andy style of singing to take his vocal style further in order to prevent him from being only a copycat. Besides that a couple of tunes (think “Move To The Groove” and “Love Me Or Leave Me”) show that there’s a need for lyrical improvement as some of the lyrics are either too repetitive or too lacklustre. Musically this set leaves nothing to be desired. Best tracks are “Step It Up”, “Hard Times” and “Burn Babylon”, which comes across a reinterpretation of Dennis Walks’ mighty “Drifter” riddim.

George Palmer surely has potential, but it’s interesting to see how he develops himself in future releases.