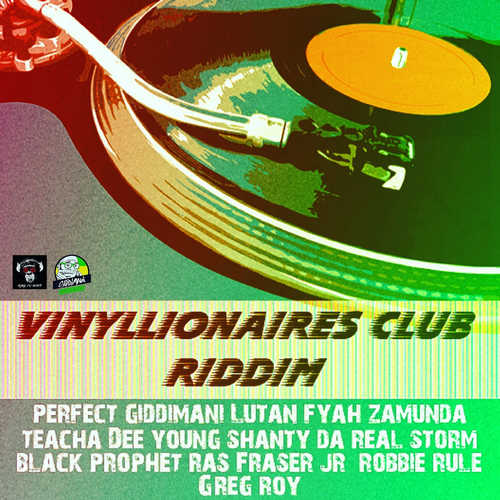 The label’s latest juggling project named “Vinyllionaires Club Riddim” is a compelling new version of a classic Studio One riddim known from Ken Boothe’s single “Moving Away”. Since its original release in 1968 the riddim has been relicked quite a few times, most notably by Bunny ‘Striker’ Lee, Jo Jo Hookim, ‘Gussie’ Clarke, Bobby ‘Digital’ Dixon, and Calvin Scott aka Cocoa Tea. This brand new revitalized version of that fabulous and instantly appealing riddim deserves esteem as it is very well done. It’s a golden backdrop that works excellently for the vocalists involved in this project.

Speaking of vocalists, it is Perfect Giddimani himself who makes a case for the biggest tune with “Inspiration”, He’s joined near the quality head of the release by Zamunda with the lovers piece “Love & Affection”, Lutan Fyah with the matching “Haven’t Met Me Yet”, and upcoming talents Da Real Storm and Robbie Rule who both shine on their worthwhile contributions; “My Sensi” and “Memories” respectively. Good to have the straight instrumental version included here as well.

Another worthwhile project from the Giddimani production camp.