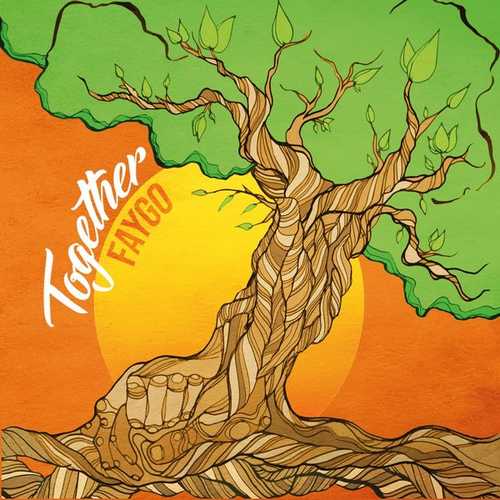 France is fertile ground for talented homegrown reggae acts, which is proven over and over again by the seemingly endless stream of releases by a growing number of independent record companies. One of them, the 2019 founded Fawaka Production, has released its first full length album project entitled “Together”. The latter is done in collaboration with its founders, Rennes-based Faygo, and follows up the band’s 2016 well-received debut album “Harvest”.

This 14-track album is the investment of the band around a shared idea. The album takes an introspective look at the moments shared by the band members since the beginning of their musical adventure. The tracks are sometimes inspired by more personal and spiritual influences, but the result is a shared work based on the lyrics written by the three songwriters. Lyrically the tracks featured on this album deal with subjects like food waste, modern slavery, indifference, media speculation on insecurity, immigration and the absurdity of our consumer society. Furthermore they also evoke nature, love and living together.

Musically the musicians of the band, enhanced by a great sounding four-piece horn section, deliver a well arranged sophisticated roots reggae sound that sounds very pleasant to the ears. Two of the ten vocal tracks feature guest vocalists; Mystic Loïc of Mystical Faya and Judean Kong from Thailand’s reggae soundsystem Jonathan & Calvin. Especially the Thai’s artist’s contribution to “No More Slavery”, which raises questions about modern and mental slavery, adds a nice vibe to this outstanding song. Other highlights are the opener “Free Your Mind”, “Be Yourself”, and “Starving”. The four dub versions are a fine showcase of the exceptional musical ability of the instrumentalists.