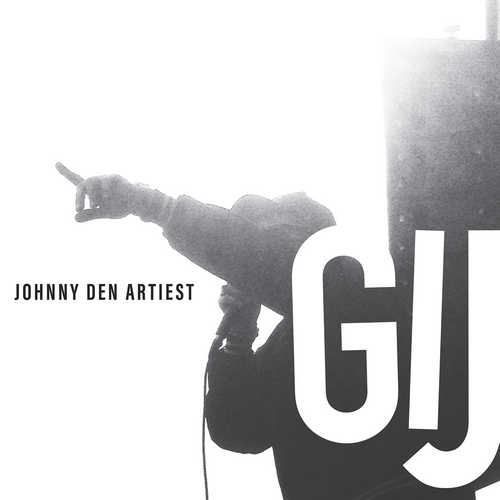 In the early 2000s, Judong gained fame as MC of the Antwerp sound system Civalizee Foundation with whom he hosted the Shake your Bambam parties at Antwerp’s Club Kaaiman, won the Benelux Cup Clash, the Battle Royal soundclash, the German Yardclash, and the largest soundclash on the European continent, the Riddimclash. From 2008, he started to release songs (in Flemish) under his Johnny Den Artiest (or King Johnny) alias, usually joined by L’Etran Jay and backing vocalists De Dramaqueens. A first relative success came in 2011 with the reality song “Shopping in den Aldi”, a collaboration with Antwerp’s hip-hop group Halve Neuro. In 2015, he released the album “Hartenkoning” for which he worked with a.o. Belgium’s mighty Asham Band and Crucial Alphonso. The latter two are again involved in the creation of the new EP along with L’Etran Jay (weird guy in the background), De Dramaqueens (backing vocals) and, for the first time, MacLes (mixing engineer).

The EP is done in true ‘showcase’ style; four vocal cuts plus their dub versions. It turns out to be a good format, especially because the Asham Band has laid four stellar original reggae riddims which perfectly suit the artist’s vocal style and (sometimes hilarious) lyrics, but also sound awesome when they leap off the speakers in dubbed up form. Things get started with the earlier this year released single “Gevonden” (“Found”), a solid joyful sounding danceable tune with a great organ lick and wicked bassline. “Gij” (“You”) is a really nice tune about the woman he loves, which is followed by (Komt allemaal wel) “Goe” (“All Will Be Fine”), a slow-paced uplifting song in which Johnny Den Artiest states that in the end all things will be fine after you’ve gone through a tough time. The EP’s true standout tune, “Gepikt” (“Stolen”), rounds off the vocal part and let’s the dub versions take over the proceedings.

Even if you aren’t familiar with the Flemish/Dutch language, the riddims and Crucial Alphonso’s dub versions make this EP worth checking out.