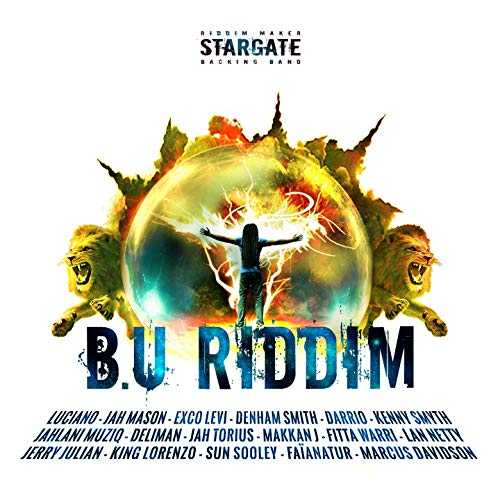 Longtime fans of Jamaican Reggae , Ben (bass player) and David (drummer & riddim maker), based in Marseille (France), are musicians of the New Roots / Dancehall movement since more than 20 years. They started to work together in 2008 in several formations. Both eager to go incessantly to purely Jamaican music, without compromise or crossbreeding, in 2014 they decided to found their own group, the Stargate Backing Band, four years later followed by their own label “Stargate Productions”. Now they present their first project, the “B.U Riddim”, a title that is a declaration of intent: pronounced “be you” like “be you, do not cheat, be yourself”. It simultaneously symbolizes their desire for accomplishment and realization through their first production.

This juggling project features 17 international reggae artists including well established names from the reggae scene such as Luciano ‘The Messenjah’, Jah Mason, Exco Levi, Denham Smith aka Chilli, Fitta Warri and King Lorenzo along with new talents. Among the latter are upcomers from Jamaica such as Darrio, Kenny Smyth, Jah Torius, Jahlani Muziq (Luciano’s young protégé) and Makkan J from Senegal. Although the great Luciano might be regarded as the flagship artist of this “B.U Riddim” project, it are others who – lyrically – come up with a far more interesting cut. Easily some of the best efforts across Stargate Backing Band’s clearly well-crafted backdrop are Jah Mason’s awesome reality tune “Human Trafficking”, Exco Levi’s “Red Fire”, Kenny Smyth’s “What A Fire”, and King Lorenzo’s “Working”. Rounding out the class of the “B.U Riddim” are also lovely tracks courtesy of the likes of Denham Smith, Deliman, Jahlani Muziq and a surprising Lan Netty whose “Seek Jah Love” is really good.

The B.U Riddim album is available on all digital platforms and soon also at stargatebackingband.com in CD digipack format.