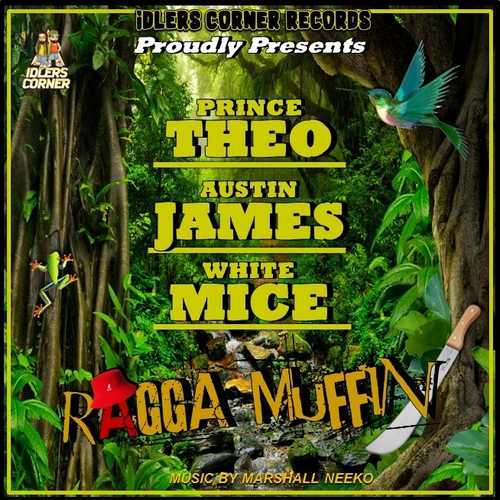 Brand new riddim project coming from the unstoppable and always reliable French producer and riddim maker Marshall Neeko, who is obviously a huge admirer of Ragga (an abbreviation of Raggamuffin), the generic term for a subgenre of dancehall and reggae music that emerged in 1985 and includes digitized backing instrumentation. With his latest project Neeko delivers further proof of his admiration and inspiration.

Austin James is one of Jamaica’s much promising upcoming reggae vocalists, who impresses with his emotive, powerful and smooth voice that sometimes is reminiscent of the late great Garnett Silk. After earlier this year having released singles such as “Reggae Taking Over”, “Higher”, “Murderer”, “In The Street”, and “Cry Out For Peace” on the “Uptown Kingston Riddim”, he’s now a featured artist on the “Ragga Muffin EP”. Here he takes the lead with a potentially stellar effort titled “Spread The Love”. Next comes underrated singer Prince Theo whose title track “Ragga Muffin” is an absolutely delightful tune. “Survival” by veteran singer from the eighties, White Mice aka Ras Iwa, aappeared on the artist’s 2018 released album “Wicked Plan”. For this EP, Marshall Neeko has remixed that tune and turned it into a real scorcher. After the “Ragga Muffin Version”, the EP ends with Marshall Neeko’s wonderful dubbed out version.

There’s not a real miss here at all!