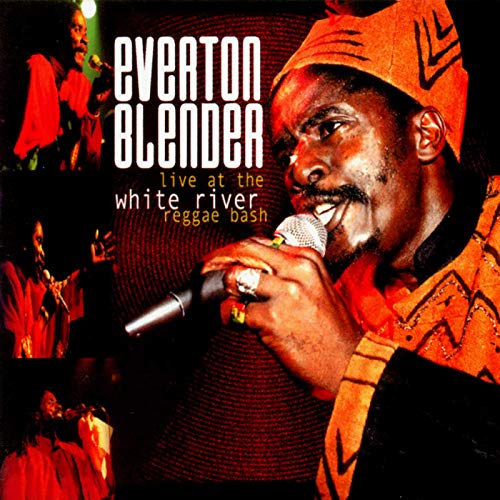 Although Everton Blender started singing in the early 1980s and made his recording debut in the mid-1980s with a record for producer Danny Barclay it did last until 1993 before he achieved notable success, thanks to the late great Garnett Silk who introduced him to Star Trail’s Richard Bell. The latter issued a series of well-received singles before he produced both albums: Lift Up Your Head and World Corruption aka A Piece Of The Blender: The Singles. Everton Blender’s vocal style and conscious themes finally came to full expression. In 1997 he started producing himself and other reggae artists and founded his own ‘Blend Dem’ label, named after his most successful record in Jamaica.

In recent years Everton Blender relocated to South Florida area, where the 2011 album Higher Heights Revolution set was arranged, recorded, and mixed. Although not in the center of the reggae arena anymore, he still delivers worthwhile singles and keeps touring around the world. He’s one of the few singers who really bridged the gap between roots reggae and dancehall!

The year 2000 saw the release of the live album Live At The White River Reggae Bash. It consists of recordings made in 1999 at White River Reggae Bash and during the Rootsman Credential Tour in North America. It’s available again as DR only. The album is a splendid live registration which captures the heartfelt emotion and exquisite singing that makes Everton Blender a fantastic live performer. Everton Blender is known for his ability to mix dancehall excitement with a roots and culture foundation. Here you’ll find his best known tunes like the anthemic Lift Up Your Head, Create A Sound, his first hit single Blend Dem, Family Man, Piece Of The Blender and We No Fear.

One of the best live albums!