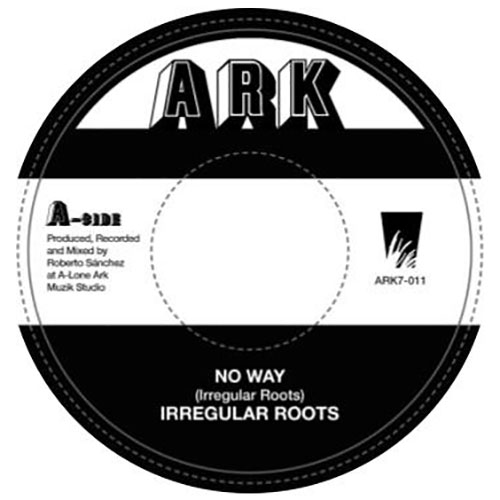 If you’re a true reggae fan and, by now, you don’t know that Spain has a flourishing reggae scene with artists and producers who are deeply inspired and influenced by the roots reggae sounds from the late ’70s and early ’80s, you must have been living under a rock. In particular the unstoppable Roberto Sánchez has been a major force in creating and producing music that harks back to that golden era in Jamaica’s popular music. Besides producing international artists, he also has had a keen ear for homegrown talent like Inés Pardo, Ranking Forest, Don Fe, and Virginia Rivera.

“No Way”, a serious roots piece with a powerful message, is the band’s very first 7” vinyl single. This is definitely one with which they are going to establish the radar of attention for themselves and next to that an excellent way to make listeners eager to hear more from this much promising self-contained outfit. “No Way” and its dub version on the flipside are taken out of their forthcoming ‘showcase’ album, which will also be produced, recorded and mixed by Roberto Sánchez.