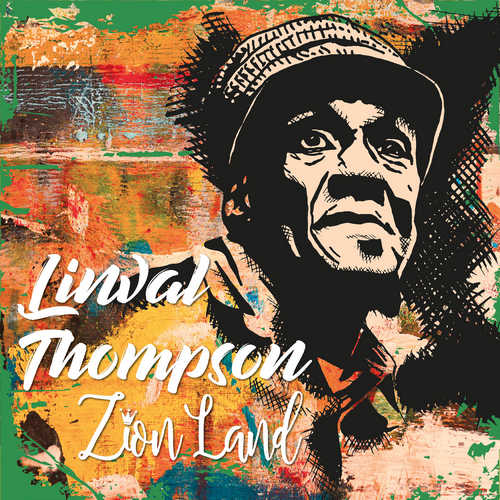 Looking back at the past two decades, the conclusion must be drawn that there’s been a remarkable and significant development in reggae music. While the last four decades of the 20th century were dominated by releases coming from Jamaica and more or less also the UK and the New York area, new reggae ground was fertilized in other countries and areas such as Germany, France, Austria, Virgin Islands, Spain and Switzerland. In the land of Alps, watches & chocolate emerged a blossoming reggae scene which musically mostly got its inspiration from the golden era of reggae music. And thus reggae fans saw the release of some noteworthy reggae music from Jamaican artists such as I Kong, Oku Onuora, Keith & Tex, The Viceroys, Micah Shemaiah, Prince Theo, Samory I, Wayne Smith, Prince Alla, Horace Andy, and Putus Roots.

The latest addition to that list is the name of legendary singer/songwriter Linval Thompson, a seminal figure in the creation, spread, and influence of dancehall reggae, but also a prominent, pioneering producer whose credits include working with Dennis Brown, Wailing Souls, Eek-A-Mouse, Freddie McGregor, the Viceroys, and many others.

Linval Thompson teamed up with the Duke brothers for the recording of a new single titled “Zion Land”, a cut on the “Calling Riddim” laid by The Giants Roots Reggae Dub (being Yves Duke on bass, guitar, keys, and David D. Duke on drums, percussion, keys). This Linval Thompson single, with its vocal cut and dub version, is very appetizing for longtime Reggae fans worldwide as it virtually transports the listener back to the late ’70s/early ’80s. The singer’s classic earthly tone to his voice sounds nearly as good as ever on this song about repatriation and the promised land, Africa. It has sweet sweet vibes and is a real fine effort. The dubbed out version has a very nice touch and is a solid piece in its own right.

All in all: Very well done Mr. Thompson and Duke brothers.