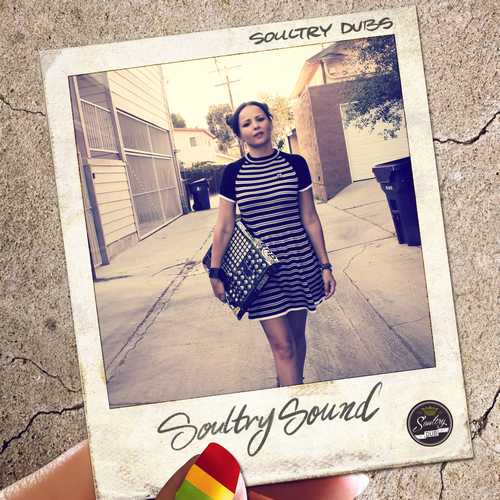 Long Beach, California native Soultry Dubs started as the keyboardist for the 9-piece reggae-soul band The Divine Crime, but is mostly known for being an original member of the So. Cal Reggae band TDC and also The Doug Means Project. Prior to her musical path she produced her own clothing line Soultry Clothing, painted one of a kind hand painted Dub Caps and set up booths along the west coast festival circuit. She ventured into live dubbing, remixing, and producing after spending many years observing the dub skills live and in the studio of The Scientist and Josh Cardinali of Stoney Eye Studios. Together with Josh Cardinali, Soultry Dubs has created dub remixes for an array of established artists within the new modern era Reggae scene, including singer Nattali Rize.

With her debut album “Soultry Sound”, Soultry Dubs made her dream come true as she always wanted to do a project in which she unites a female driven, lyrically conscious work of Heart and highlights her love of Dub Music by including remixes performed live on her APC40. “Soultry Sound” takes the listener on a real nice musical journey, during which reggae, dub, and soul are infused with heavy bass and soultry synth tones. Offered are 6 vocal efforts and 7 dub pieces, all of them having their own merit and worth hearing.