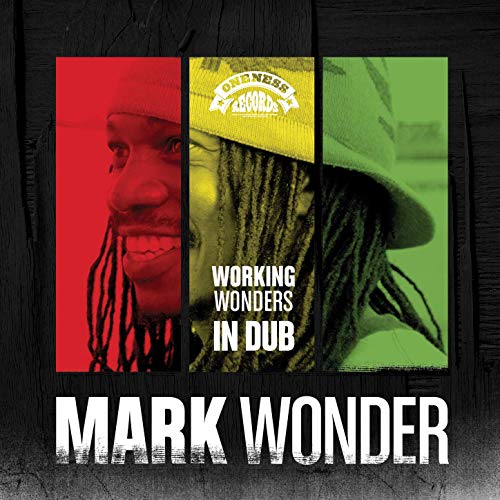 Back in the summer of 2012, Munich-based Oneness Records released Mark Wonder’s fifth full length album titled “Working Wonders”, which was impeccable mixed and produced by the reggae label’s founder Moritz Korff and all around mastermind Umberto Echo. Seven years after the release of one of the finest and best Mark Wonder albums to date, Umberto Echo selected 7 out of the 15 tracks that were included on that album and remixed them in old skool dub style on an analog desk within two days. All the dub mixes, which where done live and in real time, show Umberto Echo aka Philipp Winter’s expertise as mixing/dub engineer.

Without any doubt the Munich dub activist must have been influenced by Jamaican dub pioneers such as King Tubby, Scientist, Prince Jammy and Errol “ET” Thompson to name four. However his style of dubbing out tracks certainly isn’t reminiscent of their dub works nor from efforts done by later dub masters like for example Paul “Groucho” Smykle or Godwin Lodgie. Just like the previous dub works he did for Oneness Records, this new collection treats the listener to a mostly full sounding polished form of dub, which does justice to the label’s trademark sound.

Apart from infusing the intoxicating riddims of the original tracks with new life, Echo Umberto relentlessly drops Mark Wonder’s smooth vocal in and out of the mix over and over again, while the beautiful sounding harmonies are broken and divided. Although each track has its own merit, it are especially the opener “Working Wonders Dub” with its Mikey Dread sample, “Woman Of The Nile Dub” and “Ancients Of Days Dub” that leave the best impression.

All in all not a groundbreaking dub excursion, but nevertheless a project worth hearing!