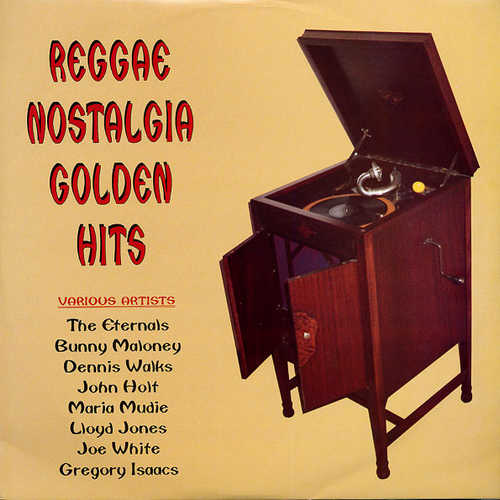 Any compilation set featuring tracks produced by a producer of Harry A. Mudie’s stature will inevitably omit some favourite tracks, but there can be little complaint about the selection of vocal tunes gathered on “Reggae Nostalgia Golden Hits”, which originally was released in the US in 1995 and now reappears on all digital and streaming platforms.

Hand-picked by one of reggae’s best producers himself and released on his own Moodisc Records International imprint, this is an entertaining collection. It were producers like Coxsone Dodd, Joe Gibbs, Clancy Eccles and Derrick Harriott who made the strongest and most consistent impact in Jamaica, but undoubtedly the most refined productions came from Harry Mudie. His riddim tracks – often recorded at Studio One, where he got a sound unlike anyone else – were distinguished for being as heavy as any, but also very melodic and well crafted. Besides that he worked with only the most professional of vocalists, who included John Holt, Dennis Walks, the Heptones, Ebony Sisters, the late great Slim Smith, Lloyd Jones and The Eternals.

The latter, with Cornell Campbell as lead vocalist, are featured here twice with first the awesome “Push Me In The Corner” and then the matching “Let’s Start Again”. Even when Harry Mudie was using strings – John Holt’s “Stick By Me” and “Time Is The Master” being some of the best examples here – it was sound with texture. Other tunes such as Lloyd Jones’ cultural piece “Rome”, Joe White’s “Pretty Black Girl”, Bunny Maloney’s “Lady Of Magic” and Gregory Isaacs’ “Looking Back”, combine outstanding material, strong riddims and flawless vocal performances.

A nice collection of classic tunes!