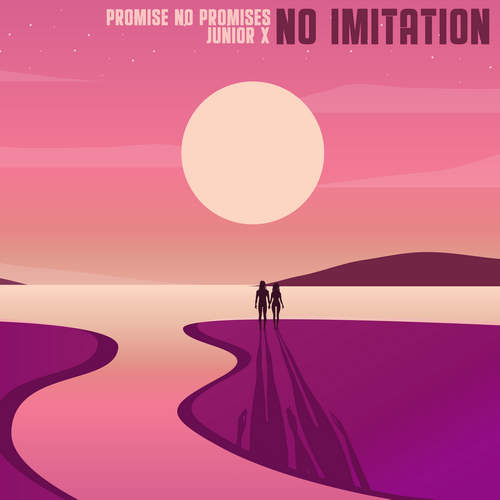 Despite having released a few noteworthy singles and albums, Guayanese born artist, actor and producer Kobla Mentor aka Promise No Promises (for short P.N.P) from Antigua is still trying to achieve his well-deserved huge breakthrough to become a household name in the reggae arena worldwide. Most of his recordings are of an unquestionable quality and his brand new effort, a combo with Jamaican artist Richard White aka Junior X who’s often referred to as The Prince Of The Battle Field, is no exception.

Even though Kingston native Junior X has quite a few hit singles under his belt including ”Plead My Cause”, “Freedom”, “Free Up Yourself”, “Seek Your Goal”, “The Pill”, and “Gangster Life”, the fine singer/songwriter, just like Promise No Promises, still has to take his place in the forefront of reggae music.

The collaboration between the two artists and the connection with Belgium’s Asham Band and musician/producer/engineer MacLes has led to the release of a hit bound track titled “No Imitation”. Across a superb and totally appealing riddim previously utilised for a tune called “Gevonden” (“Found” in English) by Flemish reggae singer Johnny den Artiest, both artists once again display their undeniable skills and talent on this very nicely vibed love song, which is seriously pleasing to the ears.